Skip to main content
You are here
Home > Indo-Pacific Strategies

The Indo-Pacific is today a key geopolitical concept that informs the strategies of major international players. A maritime space encompassing the Indian and Pacific Oceans, the Indo-Pacific is above all a political construct that reflects the competition for influence revolving around the Sino-American rivalry. Both an economic and a political center of gravity, this mega-region is also at the heart of essential governance issues for the future (climate change, proliferation, governance of the commons — ocean, cyber, space). Its stability is threatened by transnational risks and inter-state tensions exacerbated by nationalism and the militarization of actors in the area. At the same time, the regional security architecture is now more fragmented with the emergence of new kinds of cooperation frameworks.

Through its research activities, and in conjunction with other relevant centers and programs at Ifri, the Center for Asian Studies seeks to offer a better understanding of strategic issues in the Indo-Pacific, looking in particular at the approaches of the major players in the region, including France and the European Union.

Attention to the Periphery? Germany and the Pacific Island States Lettre du Centre Asie, No. 102, December 21, 2022

In September 2020, Germany adopted policy guidelines for the Indo-Pacific that comprehensively set out its approach towards this increasingly important region, seeking to diversify partnerships beyond China.

Emmanuel Macron and Joe Biden are meeting for the first state visit under the Biden administration, which is reserved for France.

France and AUKUS: Bouncing Back to Live up to Pacific Challenges Briefings de l’Ifri, 3 November 2022

Back in September 2021, the announcement of AUKUS – the defense partnership between Australia, the United Kingdom (UK) and the United States (US) was a shock to Paris.

The Pacific Islands Countries (PICs) were the first to ratify the Paris climate agreement in 2015. Indeed, for them, climate change has had very concrete implications for years. Islanders have seen the sea level rising, endangering the very existence of atolls. They have also experienced...

This article provides a review of the digital connectivity of the Pacific Islands nations (Polynesia, Melanesia, and Micronesia) and the main challenges and prospects arising from it, at a time when the submarine cable market is undergoing profound change and a growing politicization of this...

The “new scramble for the Pacific” is characterized by a race for the control of maritime space and resources, oscillating between ocean grabbing and ocean commoning.

Following the May Federal election, Australia has its first centre-left government in close to a decade, led by Prime Minister Anthony Albanese.

In recent years, France and the European Union (EU) have published their respective Indo-Pacific strategies and a Ministerial Forum was held in Paris on February 22, 2022, bringing together over 60 foreign affairs ministers from European and Pacific Island countries.

Despite some constraints on their Indo-Pacific strategies, South Korea and France could consider bilateral dialogues for partnership in the Indo-Pacific, leading to a high level of confidence and strategic convergence in security.

India-Taiwan Ties: A Case for Stronger Partnership Asie.Visions, No. 125, November 2021

The links between India and Taiwan have gathered unprecedented momentum in recent years. This has largely come about due to growing support for Taiwan at civil society level in India.

This conference is intended to discuss the paper “The Dilemma of Middle Powers – How AUKUS Has Reshaped the Potential for E3 Cooperation in the Indo-Pacific“ and to...

From East Asia to Indo-Pacific: Strategic Risks, Power Shift and New Order in the Making

Regional stability in East Asia is under increasingly heavy strain. As tensions rise between the United States and China, veering towards a fiercer strategic competition that extends well beyond the current trade war, the potential for US-China confrontation looms large.

The Indo-Pacific has become a buzzword since 2017, as it came to be used by all major players in the region stretching from East Africa to the Pacific.

France and AUKUS: A Necessary Reconciliation

By: Jérémy BACHELIER, Céline PAJON, article published in The Diplomat

One year on, the announcement of the Australia-U.K.-U.S alliance has not been accompanied by any major changes to France’s Indo-Pacific defense strategy.

Marine protected areas (MPAs) offer a solution for countries in the region to manage their maritime space. Access to scientific data is required to set MDA. 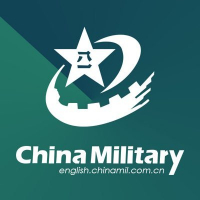 BEIJING, Oct. 28 -- The 5th session of Beijing Xiangshan Forum Webinar 2021 was held on the evening of October 26 around the topic of “Strategic Stability: Impasse and Way Out”, in which the establishment of the so-called trilateral security partnership, AUKUS, by the US, Britain and Australia...

France returns its ambassador to Australia, but years of antagonism lie ahead

By: Marc JULIENNE, quoted by Ahmed Aboudouh in The Independent

France is eager to prevent the crisis from spiralling further as it recognises it is in its national interest, and President Macron’s favour, to end it. But damage has been done, writes Ahmed Aboudouh.

Sub snub just one symptom of longtime French unease with US

Born of a revolution fought for liberty, ties between the United States and its oldest ally, France, have long been fraternal, but they've also been marked by deep French unease over their equality.

China Bristles as EU Turns Its Attention Toward Indo-Pacific

By: Laurence NARDON, quoted by Mary Ellen Cagnassola in Newsweek

Recent months have seen the United States and its allies step up their assertiveness toward China, with support voiced for Taiwan, a new deal to provide Australia with nuclear submarines and a new European strategy for increased presence in the Indo-Pacific, according to the Associated Press.<...>

America's Defense Pact with Australia and the U.K. Has Humiliated France's Macron. But It Might Also Help Him

By: Thomas GOMART, quoted by Vivienne Walt in Time Magazine

For years, French President Emmanuel Macron butted heads, bit his tongue in frustration, and lashed out at former President Donald Trump, who refused to yield an inch to his entreaties about global cooperation. Trump pulled the U.S. out of the Iran nuclear deal and the Paris Agreement on...

As Europe's interest in the Indo-Pacific grows, is Japan ready to lead the way?

By: Céline PAJON, quoted by Satoshi Sugiyama in the Japan Times

Alarmed by China’s rising power, its frictions with neighboring countries in the East and South China seas, allegations of human rights abuses in the Xinjiang region and crackdowns in Hong Kong, European countries are seeking to step up their involvement in the Indo-Pacific region.

A webinar by the Center for Asian Studies on South Korea's New Southern Policy examined the motivations, objectives, and means of, as well as possible challenges to, this policy, through an  analysis of economic and trade cooperation on the one hand (Prosperity) and diplomatic...