Ifri's Center for Asian Studies’ research is organized along three major axes: regionalism and intra-regional relationships in Asia; relations between Asia’s major powers (China, Japan, India) and the rest of the world; and internal political, economic and social dynamics of Asian countries. This research focuses primarily on China, India and Japan, but also increasingly covers the Korean peninsula, Southeast Asia, the Pacific Islands and the Indo-Pacific Strategies.

The Center organizes closed-door roundtables, expert-level seminars and a number of public events, including an Annual Conference, that welcome experts from Asia, Europe and the United States. The Center’s researchers regularly participate in international conferences, particularly in Asia. Their work, as well as that of their partners, is regularly published in the Center’s electronic journal Asie.Visions.

Advisor to the Program on Pacific Islands, Center for Asian Studies

East Asia Security in Flux. What Regional Order Ahead? Études de l'Ifri, May 2020

In February 2020, the Ifri Center for Asian Studies and the Research Institute for Peace and Security (RIPS) held a conference on the Asian security environment.

Analysis from 19 countries reveals the complexities of Europe’s relations with China amid the Covid-19 crisis.

The Covid-19 pandemic has laid bare a series of troublesome truths, both about healthcare infrastructures in Western nations and the state of their democracies.

The Return: Russia and the Security Landscape of Northeast Asia Russie.Nei.Reports, No. 29, Ifri, March 2020

Northeast Asia has emerged as a critical theater of Russian foreign policy in recent years.

Japan’s Trade Policy in the Midst of Uncertainty Asie.Visions, No. 112, February 2020

The multilateral trading system under the World Trade Organization (WTO) has been of the utmost importance for Japan’s trade policy.

China is rapidly emerging as a formidable power in the development of technical standards, transforming the international standard-setting landscape and reintroducing an element of geopolitics into what are too often considered as benign, technical processes.

Through development assistance and economic engagement, South Korea has sought to project itself as a different kind of partner for Africa. In reality, it is not so unique.

What does Japan want in the Indo-Pacific? It can be tough to tell, because at the moment, Tokyo seems to be pursuing incompatible aims.

Taiwan After the Elections: What Domestic and International Challenges Ahead?

Tsai Ing-wen will be inaugurated as the new president of the Republic of China (Taiwan) on May 20.

The Role of Sub-National Actors in Climate Policy: Discussing the cases of Tokyo and Paris

The Center for Asian Studies and the Center for Energy organize a roundtable on the climate policy of sub-national actors.

G7 Summit 2016 in Japan: What to expect? Perspectives from Tokyo and Paris on Global Governance and Geopolitical Challenges

On May 27-28, Japan will host the G7 Summit in Mie Prefecture. This year’s summit will be the occasion not only for Japan but also for European countries to demonstrate leadership on a number of global and regional issues. One challenge is the future of global governance, as the Bretton Woods...

Cooperation despite Frictions in Northeast Asia Perspectives from China, Japan and South Korea

Despite the political tensions that oppose Japan, China and South Korea, recent months have seen a certain rapprochement between Tokyo, Seoul and Beijing. The first trilateral summit in three years was held in November 2015. 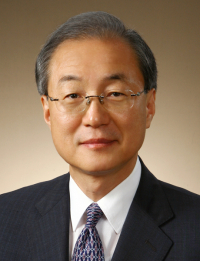 The Trans-Pacific Partnership (TPP): To Join or Not to Join? A Korean Perspective

The Ifri Center for Asian Studies is pleased to host a closed-door discussion with Taeho Bark, Professor at Seoul National University and former Minister of Commerce in South Korea ...

What can the ASEAN Community contribute to Southeast Asia and the World?

ASEAN has come a long way since its founding in 1967. While the primary objective of furthering regional cooperation was initially couched in general terms, it was broadened over time with the creation of an ASEAN Community encompassing economic, security, social and...

Japan’s New Security Legislation: A Rupture with its Postwar History?

Chinese middle classes are often perceived as a monolithic category of the population, whereas, in fact, they have different profiles and aspirations depending on their geographical origin and on the generation or socio-professional category they belong to.

China, the United States, and the Rise of Geoeconomics Conference with Robert Blackwill, Henry A. Kissinger senior fellow for U.S. foreign policy, the Council on Foreign Relations (CFR)

Beijing flexes its economic muscle with frequent success in pursuit of Chinese geopolitical aims. By contrast, the United States has largely forgotten the historic role of geoeconomics in American foreign policy. The United States must come to grips with the reality that the... 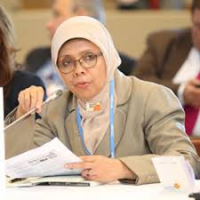 with Dr Yetti Rusli, Senior Advisor to the Minister for Environment and Climate Change, Republic of Indonesia

China’s growth declines, stock markets fall: what consequences should we be worried about?

All the European stock exchanges declined on Monday, as concerned investors looked with pessimism at China’s slowing growth. Paris lost 5.35 %. Claude Meyer discusses what consequences can be expected.

By: Claude MEYER, , on BFMTV

The economic consequences of Tianjin’s explosions

Five days after Tianjin’s impressive explosions, Toyota announced a three-day stop in the production of its city’s sites. The Japanese company is...

"The Yuan isn’t ready to replace the Dollar"

By: Claude MEYER, , in La Tribune

China’s ambition is to become a great financial power. But the necessary reform of its financial system and its will to act progressively could mean that it will be a long time before its exchange rate system is liberalized. Can the Yuan realistically become an...

By: Claude MEYER, , in Les Echos

Is the sudden devaluation of the Yuan a sign of some form of panic from Beijing following the slowed growth of the Chinese economy?
...

By: Claude MEYER, , in "Parole d'auteur" on Xerfi

In this interview, Claude Meyer underlines the three major vulnerabilities of the Chinese economy, and describes the investments China has made since the early 2000’s to address them. 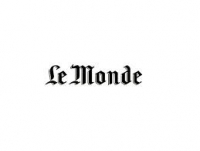 China looking to learn from France about Africa RFI

Trade is the focus of a three-day visit to France that Chinese Prime Minister Li Keqiang started on Tuesday. Beyond deals with French companies, China and France are expected to sign an agreement on joint infrastructure projects in Asia and Africa. 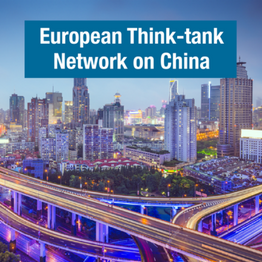