2021, year of the revival of EU-Turkey relations?

The EU and Turkey both say they are ready to iron out their differences and step up bilateral cooperation, which could take place in many areas. But Ankara will have to prove its goodwill. 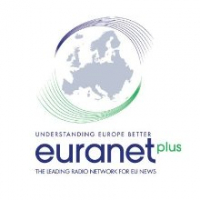 In October 2020, the European Council proposed to Turkey to develop a positive agenda. This would focus on the modernisation of the customs union, people to people contacts, high level dialogues and cooperation on migration issues.

If Turkey makes steps ahead, EU will do so

Turkey has been calling for years to modernise the customs union and liberalise visas. This promise had been included in the 2016 Declaration between the EU and Turkey; but a few months later, several member states froze the modernisation of the customs union because of the political situation in Turkey.

A bilateral, post-pandemic economic recovery cooperation would facilitate the resumption of discussions on these subjects, says Dorothée Schmid, a Middle East expert at IFRI, the French foreign relations institute.

“As regards the customs union, which is the first component of the economic relationship between the European Union and Turkey, it would make it possible to return to the logic of a cooperative partnership – since we are now at a time when this customs union must be modernised and possibly enlarged. First of all, check its correct application, and then, the customs union [discussions] will obviously bring up the subject of visas.”

Launched in December 2013, the dialogue on visa liberalisation is still ongoing, as Turkey does not yet meet all the criteria, including the revision of the law on terrorism.

Another central issue to be discussed : the migration deal. This is one of the main requests of the Turkish side. Turkey hosts four millions Syrians refugees on its land. The EU Facility for Refugees in Turkey was created and endowed with €6 billion.

Ankara would like to discuss the follow-up to the 2016 declaration and financial support. One opportunity could be the 5th Brussels Conference on Syria that will take place on 29th and 30th of March.

With winter, the refugee issues is perhaps a little less urgent, but for Dorothee Schmid Europeans must be very attentive to what is happening on the Syrian front from which, at any time, a very important emergency could come, warns the researcher.

Dorothée Schmid, researcher at IFRI: Need to talk about the future of the Syrian refugees (in French) :

Euranet Plus Central · Dorothée Schmid, Researcher At IFRI: Need To Talk About Future Of Syrian Refugees (In French)

The EU and Turkey could also cooperate on the new EU priorities: the Green deal and digitalisation. Europeans are keen to promote these topics to their neighbours and Turkey seems to be interested, according to Angelina Eichhorst, managing director for Western Europe, Western Balkans, Turkey and United Kingdom at the European External Action Service.

At a conference organised by the German Marshall Fund in February, she said this could be part of a renewed cooperation package.

I believe there’s a huge potential for EU Turkish cooperation on green deal, digitalisation, all the aspects which are now part of the European new generation agenda, and where Turkey shows a keen interest, as Turkey did, for energy, for transport, for all those sectors where indeed we can inject this innovation and this support, we will continue to do so. But I feel it very strongly from Ankara that this interest is there. So that could maybe part of a new package. It’s possible, it’s too early to tell now, but we are very open to a lot of ideas on this.”

All this does not hide the lack of vision for Turkey’s accession to the EU. Turkey has been a candidate country since 1999, but the process is unlikely to start again soon. As a sign, the positive agenda proposed by the EU does not mention the enlargement process.

Two years after the coup, in 2018, as the crackdown in Turkey was still ongoing, the EU decided to freeze an already slow accession process

Until Ankara can demonstrate real progress in the rule of law, this accession process will not be unfrozen by the EU, on the contrary: the European Parliament’s rapporteur on Turkey himself, Nacho Sanchez Amor, officially calls for suspending this process andrethink the format of the relation. However, only the 27 member states can, by unanimity, decide this.

As agreed in December, the European Council will discuss EU-Turkey relations again on 25th and 26th of March.

EU leaders expect High Representative Borrell to report on the state of play in the Eastern Mediterranean, on political, economic and trade relations between the EU and Turkey, as well as options available to the bloc in case of illegal drilling. The writing of this report is in progress.

For Manolis Kefalogiannis, Greek MEP from the EPP group, member of the EP delegation to the EU-Turkey joint parliamentary committee, the Parliament wants to be a renewal of EU-Turkey relationss, within the framework of the European acquis.

“I believe that the March European Council has the duty to encourage dialogue and a positive agenda, but simultaneously defend European values, European interest and the interests of its member states. On the other hand, Turkey should send positive messages, with actions rather than words.”

This summit could mark a turning point towards a new era in the relationship, which could be reinforced by an EU-Turkey before the end of June, called for by president Erdoğan in order to “ease tensions”.

The foreign policy chief is also preparing an international conference that could bring together all the Mediterranean countries on the situation in the region. A date has not yet been chosen.

2021 may well be a pivotal year for EU-Turkey relations.

Read the first part of this article here

The Political Economy of the Metaverse
END_OF_DOCUMENT_TOKEN_TO_BE_REPLACED
Critical minerals: How to secure stable and resilient supply chains? Views from Europe...