Does China Want the Koreas to Reconcile?

This Friday, April 27, the South Korean and North Korean leaders will meet in the demilitarized zone dividing their estranged countries to discuss improving relations and possibly even formally ending the Korean War, which has continued in the form of an often tense and fragile armistice since the cessation of combat in 1953. This inter-Korean summit, the first since 2007, signifies closer ties between the two Koreas—and will be an important bellwether for Donald Trump’s late-May or early-June meeting with North Korean leader Kim Jong-un.

It will also be watched closely by North Korea’s neighbor China, which has long stood as Pyongyang’s most important ally and played the role of gatekeeper for its relations with the rest of the world. While China’s Communist Party Secretary Xi Jinping’s meeting in March with Kim seemed to have fortified the recently-strained Beijing-Pyongyang relationship, it’s unclear whether Kim’s apparent diplomatic openings are to Beijing’s advantage. Would Beijing benefit from closer ties between North Korea and South Korea or North Korea and the U.S.?  What would Beijing gain from North Korea’s continued isolation? —The Editors 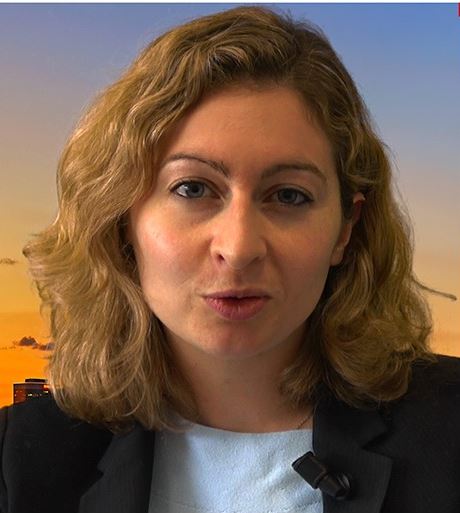 Understanding China’s approach towards the Korean peninsula requires taking fully into account China’s long-term strategy towards the broader Asia-Pacific region, which has been clarified under Xi Jinping.

China aims to reorganize the Asia-Pacific region in a post-alliance security framework, as underlined in the white paper on China’s Policies on Asia-Pacific Security Cooperation (January 2017) and several of Xi’s key speeches in recent years (for instance, at the Conference on Interaction and Confidence-Building Measures in Asia (CICA)). China considers the U.S. presence and influence in the region illegitimate, and is confident that Beijing now has the diplomatic ability and economic leverage to progressively reduce them both. This is a very long-term ambition—by 2050—that requires step-by-step implementation, and one that has started to materialize more clearly in recent years through actions such as China’s strong pressure to limit the deployment of the Terminal High Altitude Area Defense (THAAD) in South Korea.

A nuclear North Korea is not incompatible with China’s strategy in the region, and China does not feel directly threatened by it. Denuclearization per se is therefore not a top priority for Beijing. At the same time, the negotiation process over denuclearization can be of use to China to promote, step-by-step, its long-term regional strategy. In 2017, Beijing’s “double suspension” proposal was shaped with this aim in mind: it advocated for the DPRK’s suspension of its nuclear and missile activities in exchange for the suspension of large-scale U.S.-R.O.K. military exercises, but was quickly rejected by the U.S. and its allies. In 2018, under the new circumstances, China is likely to come up with another idea to channel the discussions towards a downgrading of the U.S. presence in the region. It may do so less publicly and more subtly than in 2017, using bilateral and personal channels of communications first and on a more frequent basis, as proposed during the Xi-Kim meeting in Beijing last March.

In any case, given Beijing’s strong determination to reorganize the Asia-Pacific region, it is most likely that it will weigh in all it can before and after the Trump-Kim summit to channel the negotiations towards a process that leads, in the long-term, to a united Korea that is not U.S.-aligned. As Bo Zhiyue underlined earlier in this conversation, “a more peaceful Korean peninsula would significantly undermine the justification for the U.S. military presence.” The process could lead more easily to a reconsideration of U.S.-R.O.K. joint military exercises, the deployment of THAAD, the presence of U.S. troops in South Korea, or other signs of a U.S. presence that China already opposes today. Even if they do not appear as preconditions for discussions over denuclearization at this point in time, they could shortly reappear in the discussions.

China’s weight in the negotiations remains significant given its special relationship with Pyongyang—the centrality of China for the implementation of sanctions and its overall economic leverage on both North and South Korea. Such weight may also increase with the support of countries, such as Russia, who share with China a post-alliance/post-Western vision for the reorganization of the region. In any case, whether alone or with “like-minded” countries, opportunities for China to weigh in on the negotiation process will be numerous as it has just started and is likely to be a long and sinuous one.

To see all ChinaFile Conversation on ChinaFile

The Political Economy of the Metaverse
END_OF_DOCUMENT_TOKEN_TO_BE_REPLACED
Critical minerals: How to secure stable and resilient supply chains? Views from Europe...