On December 9, 2020 will be celebrated the 115th anniversary of the 1905 law on French secularism (laïcité). On the very same day, a new law project will be presented by the French government, with the objective of further strengthening the “republican values” in order to fight against so-called “Islamist separatism” within French society. 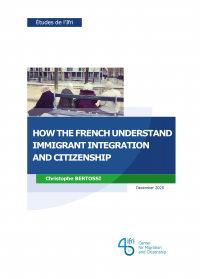 This dramatic emphasis on France’s political tradition of universalism and secularism is difficult to understand outside France. Such misunderstanding created a situation unseen before whereby a sitting French president replied to an online column published in the Financial Times (which was eventually withdrawn from the FT website), and phoned Ben Smith, a NYTimes journalist, and complained about the US media coverage of the 2020 terrorist attacks in France.

It seems that the French model of immigrant integration and citizenship is difficult to understand outside France, even more so at a time when France is once again the target of jihadist terrorism and responds to this challenge with a dramatic emphasis on its national political tradition of universalism and secularism – what the French refer to in terms of laïcité.

In order to address this misunderstanding, this research proposes to analyze 10 terms that have been central to French debates on immigration and citizenship, namely: integration, communalism (communautarisme), secularism (laïcité), discrimination, Islam, citizenship, migrant, migration crisis, the nation-state, and Europe.

The lexicographic application Ngram Viewer is used for each of these terms in order to show evolutions over time. These evolutions are part of what needs to be understood.

Behind these evolutions, the analysis emphasizes ambiguities and a plurality of meanings surrounding the vocabulary of the French political tradition, and the subsequent misunderstandings these ambiguities and multiple meanings generate not only between French and international observers but also within French society.

A related claim is that evolutions that can be identified in French political and public debates about immigrant integration are not specific to France but are part of a broader transformation that concerns all Western countries in their relation to immigration, ethnicity and Islam.