Skip to main content
You are here
Home > Bobo LO 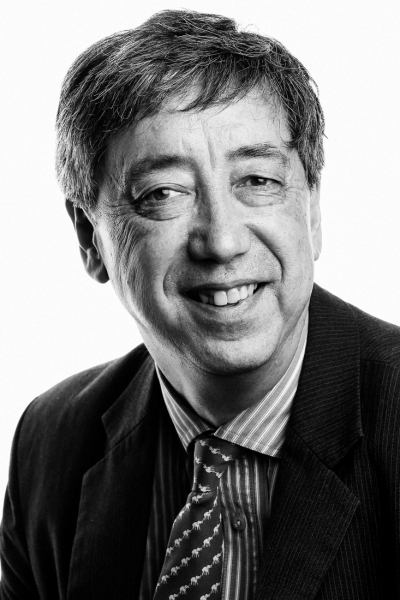 Bobo Lo is an independent international relations analyst. He is also an Associate Research Fellow with the Russia/NIS Center at the French institute of international relations - Ifri, and a Non-Resident Fellow with the Lowy Institute, Sydney, Australia. Previously, he was Head of the Russia and Eurasia Programme at Chatham House, and Deputy Head of Mission at the Australian Embassy in Moscow.

Dr Lo writes extensively on Russian foreign policy. His most recent book, A Wary Embrace: What the China-Russia Relationship Means for the World, was published by Penguin Random House Australia in 2017. Lo’s Russia and the New World Disorder (Brookings and Chatham House, 2015) was described by The Economist as ‘the best attempt yet to explain Russia’s unhappy relationship with the rest of the world.’ Other major books include Axis of Convenience: Moscow, Beijing and the New Geopolitics (Brookings and Chatham House, 2008), Vladimir Putin and the Evolution of Russian Foreign Policy (Blackwell and Chatham House, 2003), and Russian Foreign Policy in the Post-Soviet Era: Reality, Illusion and Mythmaking (Palgrave, 2002). Recent shorter writings include ‘Global order in the shadow of the coronavirus: China, Russia and the West’, Lowy Institute Analysis, July 2020; ‘The return: Russia and the security landscape of Northeast Asia’, Russie.NEI.Reports, IFRI, March 2020; ‘Once more with feeling: Russia and the Asia-Pacific’, Lowy Analysis, August 2019; ‘Greater Eurasia: the Emperor’s new clothes or an idea whose time has come?’, Russie.NEI.Reports, July 2019; ‘The five secrets to the Russian president’s success’, Australian Financial Review, 6 February 2019; and ‘Going legit? The foreign policy of Vladimir Putin’, Lowy Analysis, September 2018.

Rewinding the Clock? US-Russia Relations in the Biden Era Russie.Nei.Reports, No. 36, Ifri, February 2022

The escalating crisis in Ukraine in the winter of 2021-2022 has returned US-Russia relations to center stage.

Russia is an outlier in the international consensus on climate change.

Global Order in the Shadow of the Coronavirus: China, Russia and the West Lowy Institute Analysis, July 2020

The coronavirus pandemic has thrown a harsh spotlight on the state of global governance. Faced with the greatest emergency since the Second World War, nations have regressed into narrow self-interest. The concept of a rules-based international order has been stripped of meaning, while...

The Return: Russia and the Security Landscape of Northeast Asia Russie.Nei.Reports, No. 29, Ifri, March 2020

Northeast Asia has emerged as a critical theater of Russian foreign policy in recent years.

Greater Eurasia: The Emperor’s New Clothes or an Idea whose Time Has Come? Russie.Nei.Reports, No. 27, Ifri, July 2019

The Greater Eurasia project has emerged as the poster-child of Vladimir Putin’s foreign policy, symbolic of a resurgent and self-confident Russia.

Chutzpah and Realism: Vladimir Putin and the Making of Russian Foreign Policy Russie.Nei.Visions, No. 108, Ifri, June 2018

In the course of his presidency, Vladimir Putin has presided over a remarkable expansion of Russian foreign policy.

As the US-led international system struggles under the strain of multiple challenges, the complex web of relations between Russia, China, and India will be critical to the formation of a new world order.

The Illusion of Convergence—Russia, China, and the BRICS Russie.Nei.Visions, No. 92, March 2016

The discussion about the BRICS (Brazil, Russia, India, China, and South Africa) opposes two narratives. The first considers they play an increasing role in the international relations as the West is loosing power; the other sees the BRICS as a charade. But the key role played by the... 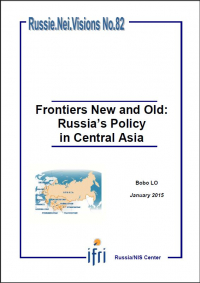 For much of the post-Soviet period, Central Asia has been a backwater of Russian foreign policy. But things are changing. Circumstances in and beyond the region are driving a more committed approach in Moscow. 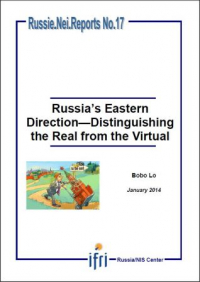 Russia's Eastern Direction - Distinguishing the Real from the Virtual Russie.Nei.Report, No. 17, January 2014

The Asia-Pacific region has assumed primary importance as a center of global politics and economic dynamism. For Moscow, this development highlights a world in which many long-standing assumptions about international politics are being overturned. It speaks of “global power … shifting to the...

By: Bobo LO, quoted by Steven Lee Meyers and Chris Buckley in The New York Times

Officials in Beijing believe it can take advantage of a distracted US and weakened Russia. The war in Ukraine is far from over, but a consensus is forming in Chinese policy circles that one country stands to emerge victorious from the turmoil: China.

What can we expect from Russia at COP26?

By: Bobo LO, interviewed by Natalie Sauer in Open Democracy

We ask experts whether the Kremlin’s latest moves on climate, including its 2060 net-zero target, heralds genuine change or more greenwash.

...
media - Ifri in the Media
Russia / NIS - Russian Energy Policy
Print this article
Back to top