Skip to main content
You are here
Home > debates > "Where is the American Power?"
Debates Conférences
Ifri Paris
from 08:00 to 16:30
This event is for members

"Where is the American Power?" 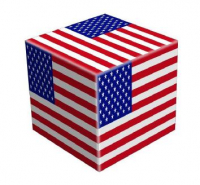 Will the United States manage to overcome its current budgetary and institutional challenges in the coming months? With the midterm and 2016 presidential elections looming, we will examine the political strategies and ideologies developed by each party, as well as the changes in public opinion regarding the main political and social debates.

15:00-17:00 - Can the U.S. get out of the Middle East ?
How will the second Obama administration respond to the situation in the Middle East? What are the consequences of the recent political chaos regarding Syria? Is there the possibility of normalized relations with Iran and what would be the impact on the region? Will the United States attempt to fix its negative image in the Middle East and North Africa?

The debates will take place in English and French with transation available from French to English.

"Where is the American Power?"