France, the European Union's sole nuclear power since Britain's exit from the bloc, will unveil Friday how it intends to use its atomic arsenal as a deterrent in an increasingly unstable world. 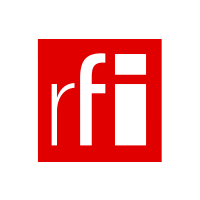 President Emmanuel Macron, in an address to military officers graduating in Paris, is expected to recommit to upgrading France's capacity, at a time when NATO allies, who would ordinarily look to the United States in a nuclear standoff, worry about Washington's retreat from the multilateral stage.

On Monday, Macron said his speech, eagerly anticipated in military circles, would address the interests of other European countries. "I will focus on the doctrine (of French deterrence), but also on the procedures and modalities that I wish to propose on this topic to our partners in the coming months," he said on a visit to Warsaw.

Deterrence theory postulates that countries with nuclear weapons are less likely to attack each other for fear of mutual destruction, meaning the arms serve as guarantors of peace. France considers nuclear deterrence a keystone of its defence strategy and the ultimate guarantee of its most vital interests.

There had been several French attempts at dialogue with European partners on the topic, he said, "that have never succeeded".

However, "the balance is shifting, including in countries such as Germany" where public opinion is deeply anti-nuclear and the subject remains largely taboo, but "where we see emerging positions on the level of European strategic ambition that must grow," Brustlein said.

Rapprochement in Times of Crisis: War in Ukraine and the...
END_OF_DOCUMENT_TOKEN_TO_BE_REPLACED
Neutrality and non-alignment after the Russian Invasion of Ukraine...