Tokyo is ramping up international partnerships and investments to offer an alternative to Beijing’s signature foreign-policy project. For the first time in 15 years, Japan’s foreign minister last month paid a visit to the tiny island nation of Sri Lanka, shepherding a dozens-strong delegation of business leaders eager to deepen economic ties between the two countries after a year of increasing security cooperation. 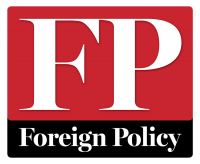 The kerfuffle over Hambantota helps explain why Japanese Foreign Minister Taro Kono made a point of ending his visit with a tour of Sri Lanka’s other big port, Colombo, announcing plans to help build a natural gas import terminal. It was just one of a whirlwind of Japanese visits and investment announcements from Southeast Asia to Pakistan to the Baltics in recent months.

Japan, faced with the abrupt disengagement of an inward-looking United States under President Donald Trump, now finds itself playing the leading role in pushing back against China’s grand plans to extend its influence throughout Asia and into Europe.

To do so, Tokyo is increasingly joining up with other countries and especially India, launching a $200 billion infrastructure plan, and even boosting its military efforts in the broader Indian Ocean area in what is seen as a deliberate bid to counter Beijing’s growing heft. The effort even extends as far afield as Eastern and Central Europe, where Japanese Prime Minister Shinzo Abe made a historic visit just last month.

Since World War II, Japan has played a largely secondary role to the United States in Asia, sheltering under the American security umbrella while focusing on business. But now that Washington has bailed out of the single biggest project meant to push back against China’s growing influence in Asia — the Trans-Pacific Partnership (TPP) trade pact — Japan has been forced in many ways to pick up the slack.

Abe appears to be embracing this role. Both times he has led Japan — from 2006 to 2007 and again since 2012 — he has sought to make Tokyo a bigger player on the regional stage, even against domestic opposition. In 2016, he launched his own version of a development and security plan for Asia, designed as an explicit alternative to China’s vision. That includes a deliberate focus on building “quality” infrastructure, a dig at the perceived flaws of Chinese-built projects.

“These trends were around before Trump,” said Robert Dujarric, the director of the Institute of Contemporary Asian Studies at Temple University Japan.

But they’ve been kicked into overdrive in part to “compensate for a lack of U.S. leadership,” he said.

Dujarric called Japan’s central and surprising role in salvaging the TPP even without U.S. participation “exhibit A.”

That new role is crystallized in Japan’s growing strategic partnership with India. The two are working together to develop much-needed power plants, railroads, and port facilities in Sri Lanka, Bangladesh, Myanmar, and on Indian Ocean islands.

More ambitiously, they’re jointly promoting something called the Asia-Africa Growth Corridor, an outgrowth of Abe’s own plan meant to deepen the economic connections between Africa and South and Southeast Asia. Not coincidentally, it’s positioned as an alternative to China’s own leapfrogging across the Indian Ocean to East Africa.