Data on the concentration of Russian troops was solid; the diplomatic offensive executed by Moscow was deliberately disagreeable; yet, many experts (myself including) refused to accept the proposition on the coming war as “inevitable”. 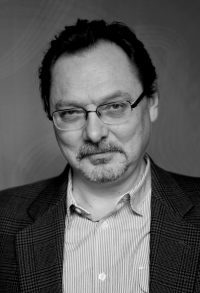 Denials streaming from the Kremlin were never convincing, but President Vladimir Putin’s reputation as a shrewd pragmatist still clashed with the forecasts that he could commit a blunder of such monumental proportions. In the matter of five days, if not already in day one of the full-blown hostilities, it has become clear that the scale of obstacles and damage goes far beyond the unduly optimistic risk-calculus in Moscow.

Every student of Clausewitz (who has a place of prominence in Russian strategic culture) knows that wars rarely go according to plans; this one, however, never had a chance to register a success.

If Putin’s track record in power projection experiments tells us anything about this extraordinary crisis, it is that he is set to double the stakes and blame the West for the severe consequences. The latter is partly true, even if the main cause of the derailment of Russian war plans is the fierce resistance of Ukrainian army as well as civilian population. Putin has clearly miscalculated the strength of NATO unity and the US leadership, expecting only modest sanctions and plentiful lamentations.

Putin’s stakes in this unwinnable and unnecessary war cannot be higher, and he needs to demonstrate decisive success in the shortest possible time, before the heroic Ukrainian resistance and expanding Western engagement with it undercut the far from solid domestic support for the aggression.

The Kremlin has taken the ability to suppress all anti-war protests for granted, and repressions can indeed be intensified, but nothing resembling a “patriotic mobilization” can be orchestrated. This may turn out to be the most serious of miscalculations, and the only way to negate it available for the war cabal in Moscow is to deliver something resembling a victory, first of all in Kyiv and Kharkiv.

Pushed in the corner, Putin may resort to desperate manoeuvres and opt for brandishing his much-advertised nuclear instruments, first of all non-strategic weapons. A strike remains in the domain of unthinkable, but deploying nuclear warheads to Crimea and moving them on board of combat ships are steps that could be executed already in the next week.

After Mali, what Commitment from Germany in the Sahel?
END_OF_DOCUMENT_TOKEN_TO_BE_REPLACED
Critical minerals: How to secure stable and resilient supply chains? Views from Europe...