In June, the alliance of producing countries decided to increase the output of crude oil, against the backdrop of a surge in prices and severe restrictions on imports to Venezuela and Iran, shaken by sanctions and economic difficulties 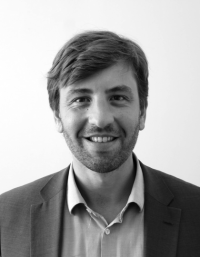 During the last OPEC meeting, on June 23, 2018, that gathered members of the organization and their allies (the so-called OPEC+ alliance) notably including Russia, a number of interesting developments have been reached. Unexpected declines in production from Venezuela led to a very large overrun of the production reduction targets set in November 2016 and in a context of robust demand growth, markets got tighter with stock levels down. On the backdrop of a global economic growth projected at over 3.9 percent for 2018 by the International Monetary Fund, oil prices have risen by more than 50 percent in less than a year, reaching $77 per barrel in May 2018. That has the potential to boost U.S. production further and to slow down global oil demand growth. Producers without the ability to raise output and/or that were hit hard by the falling oil prices and had an interest in cashing in as much as possible, wanted to avoid a change in quotas to keep prices up. This included Venezuela, Algeria, Iran and Iraq.

On the other side, Russia and Saudi Arabia were pushing to increase output as both countries can produce more and were seeking to benefit from higher prices ahead of the summer demand increase and to avoid a further rise in prices. The latest OPEC+ agreement is a compromise that makes the U.S., Saudi Arabia and Russia the winners. The elephant in the room in the Vienna negotiations was Donald Trump, and his concerns about high oil prices going into the summer driving season and the November mid-term elections, while U.S. liquids output is on a steady rise, fueling growing exports. The latest agreement will see an increase in output by over 500 kb/d but it is still unclear how this will be done. Russia will be able to boost output by at least 200 kb/d as of this summer, and is on track to be able to raise budgetary spending with no deficit. And this comes just after the introduction in Russia of a major fiscal change that will make the Russian budget even less dependent on oil price fluctuations. De facto, Saudi Arabia, the U.S. and Russia are also winners because they will be able to progressively take market share away from Iran and Venezuela, who will respectively face sanctions coming into force in November and a continued chaotic situation. Iran granted its support to this latest agreement despite strong reluctance as the increase is within the boundaries of the 30 November 2016 agreement. The country’s oil revenues are already starting to be hit by the new wave of American sanctions constraining its crude exports and will be further reduced with a lower oil price. Four questions remain: will China and India continue to buy Iranian oil and to what extent? What will Iran’s geopolitical response be to export limitations? Will the price of oil stabilize or continue rising and put demand levels at risk? Lastly, will producers finally introduce serious economic reforms?

OPEC’s total liquids output  de  facto  only  decreased  by  around  400 kb/d in 2017 versus 2016, due to the surge in output from Libya and Iraq. This also highlights the extent to which the production levels chosen as the baseline for the cut were high. With the return of U.S. sanctions, Iran’s 2.5 million barrels per day (mb/d) liquids exports are expected to decline, but it is expected that China, India, possibly also Russia and others, can find ways to access most of this oil, possibly at some discount. Ensuring strong discipline to respect unilateral U.S. sanctions is not a given. In Venezuela, production has fallen by 700 kb/d to below 1.5 mb/d in the past 18 months and could fall by another 300 kb/d, given the magnitude of its economic and political crisis and the risk of more U.S. sanctions being introduced. Raising OPEC+ output in the second part of 2018 will help avoid accelerating the weakening of OPEC’s market position, which is a serious issue for consideration.

Read the whole article on  WE World Energy

Western immigration countries are suffused by anti-immigrant discourses based on nativist and...