Russia, France look for way out of geopolitical deadlock

On Thursday, Russian President Vladimir Putin and his French counterpart Emmanuel Macron are due to hold a meeting in St. Petersburg. 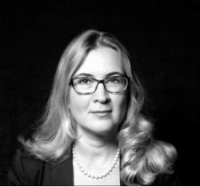 Nezavisimaya Gazeta writes that the leaders will discuss the Iran nuclear deal, the Syrian peace process and the Ukrainian crisis as well as bilateral economic cooperation where Russia and France have achieved impressing results over the past years.

Experts are skeptical about the prospects for a swift de-escalation of geopolitical tensions. "Russia and France have principal differences on the Syrian and Ukrainian dossiers, and they won’t be able to overcome them in the short run," said Tatiana Kastoueva-Jean, director of the Center of Russia and the Commonwealth of Independent States at the French Institute of International Relations (IFRI).

Commenting on the US withdrawal from the Iran nuclear deal, the expert said this will open a new window for joint efforts by the EU and Russia, but a very narrow one. "President Macron is unlikely to decide to openly oppose the US right now," she noted. "Moreover, it is absolutely unclear what Trump wants in place of the treaty, and Macron is ready to revise it, while Russia is calling for full compliance with the document signed in the summer of 2015."

On Friday, Macron will attend the St. Petersburg International Economic Forum and take part in a roundtable of French and Russian business associations and also SPIEF’s plenary meeting. The economic dimension of Russian-French relations is the area where bilateral partnership has been successful, the expert said. "Over the past three years France has been the first foreign investor in Russia, without taking into account offshore zones and is also the first foreign employer." However, Western sanctions create obstacles for fulfilling the potential of economic cooperation between Russia and France, she said.

Kommersant writes that at the forum Macron is expected to launch the so-called Trianon Dialogue. The French leader suggested setting up a new channel of communication between representatives of both countries’ civil societies at the meeting with Putin at the Grand Trianon palace in May 2017. In February 2018, the foreign ministers signed statements on launching the bilateral forum. The project will be officially inaugurated at the meeting between the Russian and French presidents at SPIEF with the coordinating committee of the Trianon Dialogue. Although Moscow and Paris stress that this is a civil initiative, it will be overseen by diplomats, the paper says. A similar civil forum was established between Russia and Germany in 2001.

Prospects of a Hydrogen Economy with Chinese Characteristics

The Karlsruhe Court Judgment: A Thunderclap from a Clear...

Should We Forget about the Asia-Africa Growth Corridor?
END_OF_DOCUMENT_TOKEN_TO_BE_REPLACED
Trade, Investments, Technology, Climate Change, Human Rights:How should the EU Deal with...

A little more than 40 years since China's opening and reform it has risen to a comprehensive...

Conference with Harsh Vardhan Shringla, Foreign Secretary of the Republic of India

Conference/debate with Harsh Vardhan Shringla, Foreign Secretary of the...