Skip to main content
You are here
Home > media > Press releases > In 2019, Ifri was again ranked 2nd most influential think tank in the world and 1st in Western Europe
media Press releases

In 2019, Ifri was again ranked 2nd most influential think tank in the world and 1st in Western Europe

For the second consecutive year IFRI is ranked 2nd most influential institute in the world according to the 13th edition of the Global Go-To Think Tanks Index Report of the University of Pennsylvania unveiled January 31st in Washington.

The institute ranks behind Brookings Institution (USA) and in front of Carnegie Endownment (USA). IFRI was also ranked as the first think tank in Western Europe followed by Bruegel (Belgium) and Chatham House (United Kingdom).

The only French institute ranked among the top 150, out of more than 8,000 think tanks listed by Professor McGann's team, Ifri is at the top of the best international rankings in thirteen years, proof of its recognition and its influence abroad.

“Over the past 40 years, Ifri has become a major institution, consulted by decision-makers and recognized by its peers. Our work aims to inform public and private decision-makers who work on the international scene. This ranking is testament to our excellence and reputation. We work for the benefit of the general interest and our platform, through its influence, contributes to a structured and informed public debate on global questions, in France and abroad, in the interest of preserving a reasonably open and peaceful world.”, says Thierry de Montbrial, Founder and Executive Chairman of Ifri.

Launched in 2006, the Global Go-To Think Tanks Index Report of the University of Pennsylvania has established itself as the leading international repertoire recognising the critical role played by think tanks and civil society institutions in global governance. 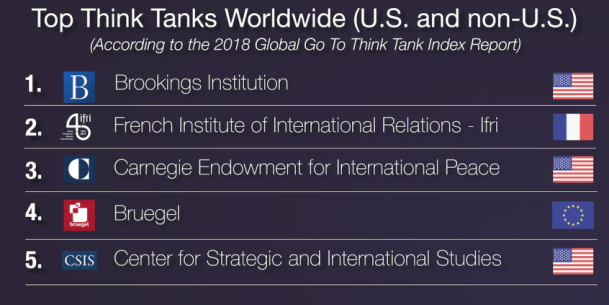 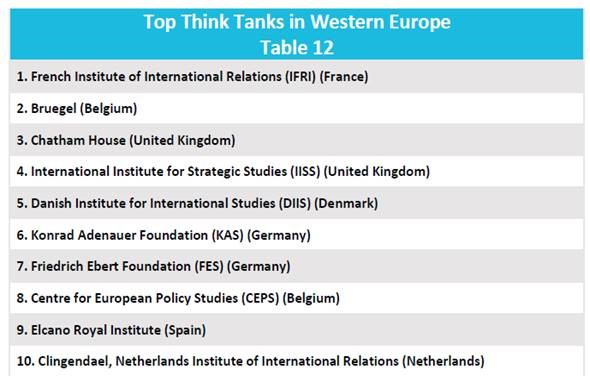 Keywords
Think tanks
Print this article
Back to top

Higher Renewable Energy Targets in Germany: How will the...
END_OF_DOCUMENT_TOKEN_TO_BE_REPLACED
Is the UN Security Council still relevant? France and Japan's views on the future of...