F-35: Why Germany is opting for the US-made stealth fighter jet

Germany wants to upgrade its military with the world's most modern fighter jet. The order is worth billions. But is it a good fit? 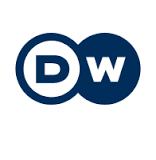 The F-35 Lightning II is considered the most modern fighter jet in the world. The jet, made by US manufacturer Lockheed Martin, is considered more than just a fighter aircraft. It is essentially an armed computer with a jet engine that can network with other aircraft in the air as well as ground forces, processing thousands of pieces of information every second.

But is it the right jet for the Bundeswehr? Defense Minister Christine Lambrecht (SPD) announced on Monday that Germany wants to buy 35 such jets to replace the Tornado fighter jets put into service more than 40 years ago, which, like the F-35, can carry American atomic bombs to their target.

The UK, Italy, the Netherlands, and, most recently, Finland and Switzerland have opted for the F-35. For them, air defense cooperation with Germany could become easier.

After all, he said, what would happen if the US withdrew forces from Europe, as happened under President Donald Trump?

A future for FCAS?

In France, there are fears that the purchase of the F-35 could jeopardize the Franco-German-Spanish FCAS, short for Future Combat Air System. The billion-dollar project is meant to develop a state-of-the-art European fighter by 2040 to replace the French Rafale and the German Eurofighter.

The Political Economy of the Metaverse
END_OF_DOCUMENT_TOKEN_TO_BE_REPLACED
Critical minerals: How to secure stable and resilient supply chains? Views from Europe...