With more than one million HIV-positive people, Russia is one of the countries most affected by HIV/AIDS. The first cases appeared in the USSR in 1987 in the south of Ukraine (port of Odessa). Since then, the number of HIV-positive people has steadily increased. 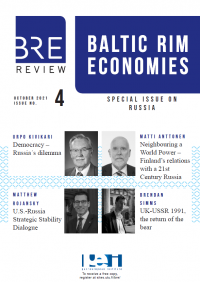 According to the Joint United Nations Program on HIV/AIDS (UNAIDS), since 2010 Russia has crossed the critical threshold (1% of the country’s active population affected, and even 2% in some regions), which qualifies the situation as an epidemic. The epidemic is all the more serious as Russia is already experiencing a demographic crisis, which Covid-19 is now worsening too: the number of active people in Russia has fallen from 88 million in 2000 to 82.6 in 2019.

Several economic, social and political reasons have led to Russia having one of the highest rates of HIV. In the 1990s, the country had other economic and social problems to deal with, and funding was sorely lacking for public health, as well as other sectors. Russia is also still lagging behind in public spending on health compared to other OECD countries: in 2018, it devoted 5.3% of GDP to it, according to the OECD (France spent 11.2% the same year). But, in addition to financial difficulties, the authorities are reluctant to apply prevention strategies (such as syringe/needle exchange programs) and substitution treatments that have proven successful in the West. Thus, Russia is one of the few countries to ban, from the end of the 1990s, methadone and buprenorphine treatment for drug users. In 2015, in a Memorandum for the European Court of Human Rights, Russia explained its position by citing fear of an increase in the number of people dependent on these treatments “who could turn to criminal activities and terrorism […]”, while arguing that the substitution therapy would fuel the circulation of drugs and corruption in the medical establishments.

Marked by perceptions inherited from Soviet times, Russian society and authorities stigmatize HIV/AIDS people as the result of deviant social behavior. UNAIDS has long pointed to indifference, if not prejudice, around this problem in Russia, and the lack of political will in the face of its magnitude. Since 2014, the rise of conservative values ​​vis-à-vis the West, presented as amoral and decadent by the propaganda of federal television stations, further justifies the rejection of Western methods. Thus, proposals to strengthen moral, spiritual and religious education in schools are often formulated by prominent politicians as the best bulwark against the spread of HIV/AIDS. Foreign NGOs, hit by the law on “foreign agents”, have seen their capacity to act reduced. Against the backdrop of a lack of treatment and prevention, the routes of contamination have diversified beyond initial risk groups such as drug users, prostitutes and drug addicts. Heterosexuals now account for more than 50% of infections, according to the Federal AIDS Agency, and mother-to-child transmission during pregnancy is becoming more frequent.

However, both the population and the elites appear to be showing greater awareness. Public perceptions are changing on two levels. On the one hand, the fear of being contaminated is increasing: the number of those who admit to “having a permanent fear” or “being afraid” increased from 27% to 45% between 2008 and 2021 (Survey of the Levada Center, April 21, 2021). On the other hand, polls note a change in attitude towards several categories of people whose condition requires specific state policy such as homeless people, drug users and prostitutes. People with HIV/AIDS are among those benefiting from the most positive changes in perceptions. Thus, in 2020, the answer “they must be helped and cared for” was given by 79% of Russians questioned, against 53% in 1989, while the number of those who demanded social isolation dropped from 25% to 14% over the same period (Levada Center survey, April 20, 2020). In February 2019, a popular young blogger, Yuri Doud, gave a strong boost to this awareness in a documentary that denounces the attitude of both the authorities and society in general. The film, viewed more than 21 million of times on YouTube, would have increased both the sale of AIDS tests and the number of people who have self-reported and been able to access antiretroviral therapy (ART).

In February 2020, a new strategy to fight AIDS until 2030 (following the strategy running until 2020) was drawn up, taking into account the recommendations of the World Health Organization. It provides for increased funding (which nevertheless remains much lower than in Western countries), better screening, and wider distribution of ART treatments. In 2019, for the first time in several years, the Ministry of Health announced a reduction in the number of new infections (by 7%) and in mortality (by 8%) thanks to better care and the spread of ART therapy (which 70% of patients now receive). It is to be hoped that this trend can be sustained over time without breaking down due to various factors such as the difficulty of accessing at-risk population groups, bureaucratic procedures, lack of funds or political and social reluctance.

Read the article on the Baltic Rim Economies website

Mitigating Geopolitical Risk – Japan as a Stabilizer in...
END_OF_DOCUMENT_TOKEN_TO_BE_REPLACED
Has the European Union risen up to the challenges of geopolitics? Europe after the Czech...