Western armies today face a triple challenge. First, they have been involved in “wars amongst populations” for twenty-five years, having to cope with failed states, fractured societies, and irregular adversaries. Counterinsurgency (COIN) may be out of fashion, but stabilization operations remain as complex as ever. Whether for maintaining peace or countering an insurrection, military intervention cannot deliver victory on its own, yet other “global approach” actors are often either absent or ineffective, not to mention the lack of political support and the constraints posed by permanent pressure from the media.

Meanwhile, Western forces must retain the ability to conduct high-intensity operations when fighting symmetric or hybrid adversaries that benefit from training and advanced weapons. The constituent parts of military transformation tend to spread to regional powers. Accordingly, our defense systems have to stay in the technological race and incorporate into their equipments and doctrines the multiple innovations fostered by progress in intelligence gathering and miniaturisation (sensors, networks, robotics, precision ammunition, etc.).

Remaining full spectrum is also a challenge as our militaries face unprecedented constraints in terms of numbers and budgets. in addition, operational tempo has increased and enemies have toughened. The armed forces are thus being asked to achieve more with less. The political and budgetary context, especially in Europe, is likely to limit the size of militaries and the conditions of their use. It is therefore necessary in the short term to offer solutions for optimization and set the stage for a necessary military build up in the future. The LRD’s analysis focuses on French forces first and foremost, as well as the militaries of their main allies.

The Battle over Fire Support: The CAS Challenge and the Future of Artillery Focus stratégique, No. 35 bis, October 2012

Traditionally, maneuver units are designed for mobility and control of the ground, while supporting forces (artillery, aviation) deliver fires to protect the former and ensure their freedom of action.

A central piece of national security during two centuries and an essential link between the military and the people, the French reserve forces have considerably decreased over the last decades. 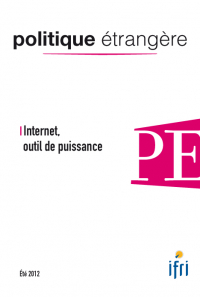 Cyberwar Will Not Happen, but We Must Be Prepared Politique étrangère, Vol. 77, No. 2, Summer 2012

Even if no independent cyberwar has ever taken place, “cyberspace” has nonetheless become an important dimension of current conflicts. 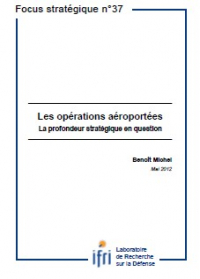 Airborne operations draw their strategic importance from the scale and magnitude they provide to air-land operations. Yet, their concept of employment, shaped by their historical legacy may seem unfit to contemporary requirements - especially regarding their vulnerability during dropping and... 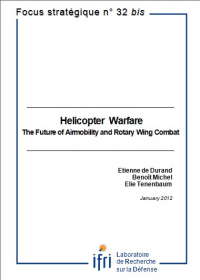 Military helicopters have evolved into technologically sophisticated weapon systems. Originally designed to counter Soviet armor, attack helicopters now have to cope with a wide spectrum of threats, some of them bringing them back to their counterinsurgency roots. 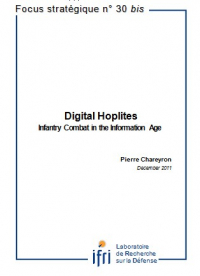 FELIN, the world's first "integrated soldier system", will enter service in the French Army this year. Throughout history, infantrymen have sought to capitalize on technology while seeking the best compromise between three basic requirements: mobility, firepower and protection of combatants.<...>

For more than a decade, US defense circles have been concerned about the emergence of capabilities and strategies, which, as they spread, risk imperiling the United States" position in the world by their ability to disrupt or prevent force projection operations. Though most of the literature...

Toward the End of Force Projection? I. The Anti-Access Threat Focus stratégique, No. 20 bis, July 2011

Force projection has become a general posture and a fundamental dimension of the influence Western powers intend to exert over the world by means of their armed forces.

Military helicopters have evolved into technologically sophisticated weapon systems. Originally designed to counter Soviet armor, attack helicopters now have to cope with a wide spectrum of threats, some of them bringing choppers back to their counterinsurgency roots.

NATO Partnerships: Shaking Hands or Shaking the System? Focus stratégique, No. 31, May 2011

The new Strategic Concept takes stock of the past ten years but outlines only modest objectives for the future of NATO. Partnership falls under the third core task, cooperative security. A subsequent partnership policy was unveiled, but has provided little new impetus.