Skip to main content
You are here
Home > media > Ifri in the Media > France: 'Precarious' employment conditions for refugees
media Ifri in the Media
Sophie BILONG, quoted by Marlène Panara in InfoMigrants

Around 42% of refugees settled in France manage to find a job within a year of obtaining official status. But the jobs they find are often far below their skill levels, resulting in a "professional downgrade" that leads to discontent and exhaustion. 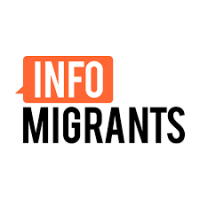 More than 24,000 official protection statuses were granted in France by the Office for the Protection of Refugees and Stateless Persons (Ofpra) and the National Asylum Court (CNDA) in 2020. For a majority of the refugees affected this means the beginning of the next step in their life in exile: the job search. In their first year with legal status, nearly 42% of these refugees found employment, including one in four who managed to sign a permanent contract, according to a new study published by the French Institute of International Relations (Ifri). This figure might seem encouraging, but only at first glance. The report, which is based on data collected from the ELIPA 2 survey conducted by the French interior ministry, also indicates that the working conditions of refugees in France are "precarious, unstable and unsatisfactory". Most accepted refugees say they experience a "professional downgrade," which they say makes it is very difficult -- if not impossible -- to continue on the career paths they had started in their countries of origin.

"People who were highly skilled executives become basic level workers in France, while former bosses become employees," explains Sophie Bilong, one of the study's authors and a consultant for Ifri's Observatory of Immigration and Asylum. The report specifies that while 10% of accepted refugees used to work in professions with an academic background in their countries of origin, only 2% continue to do so once their status has been granted.

Finding a job 'in a hurry'

There are many reasons for this professional downgrading, according to Bilong. The main reason is "the period of time when they are in the process of making their asylum application." "This should be a very important time to prepare a project, to train and to be ready to start working once their status is recognized," she says. Under the current conditions, however, everything has to be done in a hurry. When an asylum seeker receives protection, he must immediately find a job to support himself. Unfortunately, you can't find a qualified job overnight, she adds.

As a result, most refugees are forced to turn to sectors that require only few prerequisites, and which can seem to be their only option to earn a living in a very limited job market. "The hotel and catering industry employs almost half the refugees (45%), while the construction industry employs 21%," the study highlights.

Another cause of this downgrading is the lack of resources available to asylum seekers when it comes to the labor market: "The companies we interviewed all told us the same thing, namely that (speaking the) language is their number one requirement," says Bilong. However, while waiting for their status to be recognized, applicants in France do not have any real opportunities to engage in language training.

According to Bilong, there is also "a whole part of the labor market, which is totally closed off to refugees, But it would benefit greatly from opening up to these candidates." These are jobs which make it a requisite to have French nationality or a degree from a French university.

"That year, there was an increased awareness among citizens who were also employees, and this had repercussions on many companies," Bilong explains. "People introduced initiatives to deal with that emergency situation, and today, these have become more permanent."

New resources were set up, including skills sponsorships, which makes it possible to organize a mentoring program between a refugee and an employee.

But prejudices against employing refugees are still hard to break. According to Alain Masson, a manager at French food services company Sodexo, "stereotypes are still very strong, even in a large company that promotes social responsibility".

The final option for refugees is to turn to entrepreneurship. This is the choice of 1.7 million foreign nationals, who came to France from outside of Europe, says a study by the initiative, Startup Migrant: "This is a wonderful fact, because entrepreneurship is often a sign of autonomy and success," says Bilong.

Read the full article on InfoMigrants.

Naval Combat Redux: A Renewed Challenge for Western Navies
END_OF_DOCUMENT_TOKEN_TO_BE_REPLACED
Is the UN Security Council still relevant? France and Japan's views on the future of...