The European bloc is involved in two training missions in Mali – the EUTM and the EUCAP – to coach soldiers and police. 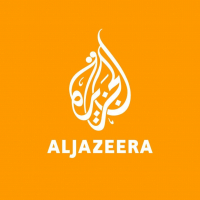 Speaking at a ministerial meeting on Monday, EU’s top diplomat Josep Borrell cited the presence of Russian-affiliated forces in the country, as well as reports of human rights abuses by Malian troops and foreign fighters, among the reasons for the decision.

The Russian private military organisation has been accused by Western countries of acting with impunity in the country. It is also an accusation that has been directed at French soldiers in the past across the Sahel.

The EU’s decision comes after Human Rights Watch released a report on the alleged killing of 300 people, mostly civilians from the town of Moura, in a military operation conducted by Malian forces alongside foreign fighters. The Malian army, which had previously said that about 200 “terrorists” were killed in the operation, said it had opened an investigation.

“The Sahel remains a priority. We’re not giving up on the Sahel, far from it. We want to commit even more to that region,” Borrell said, suggesting that other forms of training might be sustained.

The EU is involved in two training missions in Mali. The first one – the EU Training Mission – had more than 1,000 members from 25 European countries training Malian soldiers until 2024, according to its website. The other, the EU Capacity Building Mission (EUCAP) focused on police coaching with a mandate expiring next year.

The move does not have severe implications security-wise, noted Alain Antil, director of the Sub-Saharan Africa Centre at the French Institute of International Relations.

“From a diplomatic perspective though, we can say that the EU is taking its distance in a very visible way and its warning that the collaboration is at a standstill,” Antil said. “We have to interpret this announcement as a political warning to the Malian government,” he added.

Antil explained that it could also be a prelude to a new European approach in future involvements in the United Nations mission in Mali (MINUSMA).

MINUSMA has been supporting local forces in combating armed group rebellion maintaining more than 13,000 soldiers and 1,920 police personnel. But Western countries’ presence in Mali has been put into question since French troops pulled out of the country in February.

Rapprochement in Times of Crisis: War in Ukraine and the...

Lebanese Banking Crisis: The Systemic Workings of a Wreck
END_OF_DOCUMENT_TOKEN_TO_BE_REPLACED
Neutrality and non-alignment after the Russian Invasion of Ukraine...