India’s space program has grown and evolved significantly in the last five decades. The program originally focused on developing space assets that provided direct developmental benefits, for example telecommunications and remote sensing satellites that helped both in improving communication facilities and giving direct assistance to India’s farmers. But over time, India has shifted a part of its focus towards space exploration and other high-profile missions that do not have as clear a developmental purpose as earlier. This includes, for example, India’s Mars and Moon exploratory missions. Overall, India has been fairly successful in these efforts and its space program has become a comprehensive one that includes not only a robust launch capacity and very large remote sensing satellite systems, but also a very well rounded scientific and deep space exploratory program. 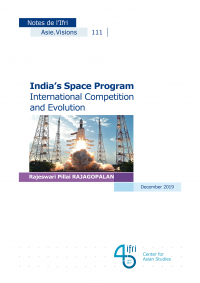 The next major step for India is a first crewed space mission, Gaganyaan, to be undertaken by 2022. This is a very ambitious target, which is important for various reasons. First and foremost, as the Indian space program evolves, this is the next logical step. While one may not see an immediate and direct economic linkage, in the longer-term, such missions are likely to bear fruit, especially in terms of the spin-off technological benefits derived from the mission. Second, Gaganyaan will add great weightage and visibility to the Indian space program, just like the Moon and Mars missions. This is an aspect that India should not shy away from emphasizing as the space security competition picks up momentum.

India’s already robust program has also acquired national security overtones over the last decade. This is partly driven by India’s growing technological capacity. But an important part of the reason for this change is the evolving security threats that India has faced, especially in relation with Pakistan and China. The perceived need to keep pace with the expansion of Pakistan’s ballistic missile capabilities has become stronger over the years, making India much more willing to consider the utility of such weapon systems. In addition, China’s first successful anti-satellite (ASAT) test in January 2007 suddenly made India’s space-based assets vulnerable. India thus had to consider developing its own ASAT capability, at least as a deterrent to anybody else using ASATs against Indian assets in space.

China’s achievements in space led not only to India’s own ASAT program, but also to other elements that enhanced the security component of India’s space program.

As the military characteristics of its space program are becoming more evident, India is also moving away from its traditional position of non-weaponisation of space to a more nuanced approach to its national space policy. While the official policy itself has not changed, India is beginning to have a much more determined approach to how it wants to protect its assets in outer space as well as its ground infrastructure and the services linked to space. One of the big shifts evident in the last decade is the development of India’s military space capabilities and the establishment of the institutional architecture that supports the new functions and roles for space in India’s national security calculations. In particular, India established a Defense Space Agency (DSA) in April 2019, which is expected to be the forerunner for a full-fledged aerospace command. It is also establishing a Defense Space Research Organization (DSRO), which is meant to undertake research and development on the capability mix that is required as per the strategy and policy developed by the DSA.

In a first, India conducted a space security table-top war game (called “IndSpaceEx”) in late July 2019, which involved all the different stakeholders such as the military and the scientific establishment. This is is another reflection of the growing synergistic approach between space and the military. The Indian space program, thus, is being carried along not only because of its developmental needs, but also because of larger international political factors, such as the heightening international tension, great power competition and the lack of sufficient safeguards, international norms and institutions to protect the non-weaponisation of outer space.

A videoconference around Francisco DE SANTIBAÑES, Secretary general at...