The aim of this report is to describe and explain how structural changes have affected three generations of jihadists in Iraqi Kurdistan: The Jihadi generation of the 1980s, that of Ansar al-Islam in the 2000s and that of the Kurds of Islamic State (ISIS) or Daesh in the 2010s. 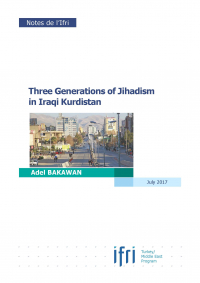 Iraqi Kurdistan, previously known as a secure and stable region amidst the chaotic and shaken Middle East, was struck by a wave of attacks in 2016. Between September and December of that year, there were five recorded terrorist operations led by 249 Kurdish jihadists rallied by the Islamic State (ISIS) or Daesh, of which 47 were killed and 43 were arrested by the Kurdistan Regional Government (KRG). In fact, Iraqi Kurdistan, with a population of five million inhabitants, has supplied ISIS with 2,000 jihadists. Since the launch of the Mosul offensive on 17th October 2016, Kurdistan has been preparing itself, like many other countries in the region and a number of European countries, to face its worst nightmare: the Kurdish jihadists’ return to the country. Although a series of threats weigh upon the leaders of the KRG, such as social and economic crises, political division between rival parties; Masoud Barzani’s Kurdistan Democratic Party (KDP) and Jalal Talabani’s Patriotic Union of Kurdistan (PUK), the prospect of a new civil war, and the intervention of neighbouring countries – the return of the Kurds of Daesh is currently the most troublesome.

To understand this phenomenon and its impact on the KRG, a sociohistorical frame of reference is essential. Kurdish Jihadism has 37 years of turbulent history stretching behind it. It emerged in 1980 as one of the consequences of changes in the Islamic movement in Kurdistan. The birth of which has its origins in the 1950s in Halabja, a town located about 240 km north-east of Baghdad and 14 km from the Iranian border. For a long time, Kurdish Islamism was in the process of “Iraqisation”, embracing the total dominance of the Iraqi Muslim Brotherhood. The Kurdish Brothers thought, spoke and lived as Iraqis, basing themselves on the model of their sworn enemy: the Iraqi Communist Party. Indeed, their objective was to return the society to Islamism from below, employing only one method; the Da’wah (call to Islam), with the mosque being the ideal place for this re-Islamisation to occur. From 1950-1980s, the dominant paradigm was not state control, revolution, jihad nor violence in general, but the reconstruction of Kurdish individuals according to a programme of religious socialisation meticulously developed in Baghdad by the Muslim Brotherhood and applied in full in the city of Halabja, the centre of Islamism in the Kurdistan region.

How did the ideologies of Kurdish Islamist key figures evolve, making them shift from the paradigm of the re-Islamisation of society from below, to that of state control through jihad? How are the jihadist generations of the 1980s, that of Ansar al-Islam in the 2000s and that of the Kurds of Daesh in the 2010s interconnected? The objective of this analysis is to compare the three generations of jihadist groups in Kurdistan and to determine the specific features of each generation’s unique identity. The threat of the third jihadist generation as perceived by the KRG and its strategy in the face of its “demons” will be discussed hereafter. Consequently, the agreement, sealed in 2001, between the United States and the KRG against the Kurdish and international jihadists will be subject to critical assessment. This agreement has twice saved the KRG from the direct threat of jihadists: in 2003 against Ansar al-Islam and in 2014 against Daesh, resulting in the Kurdish security forces becoming structurally dependent on Washington; a reliance that highlights the extreme fragility of the KRG. 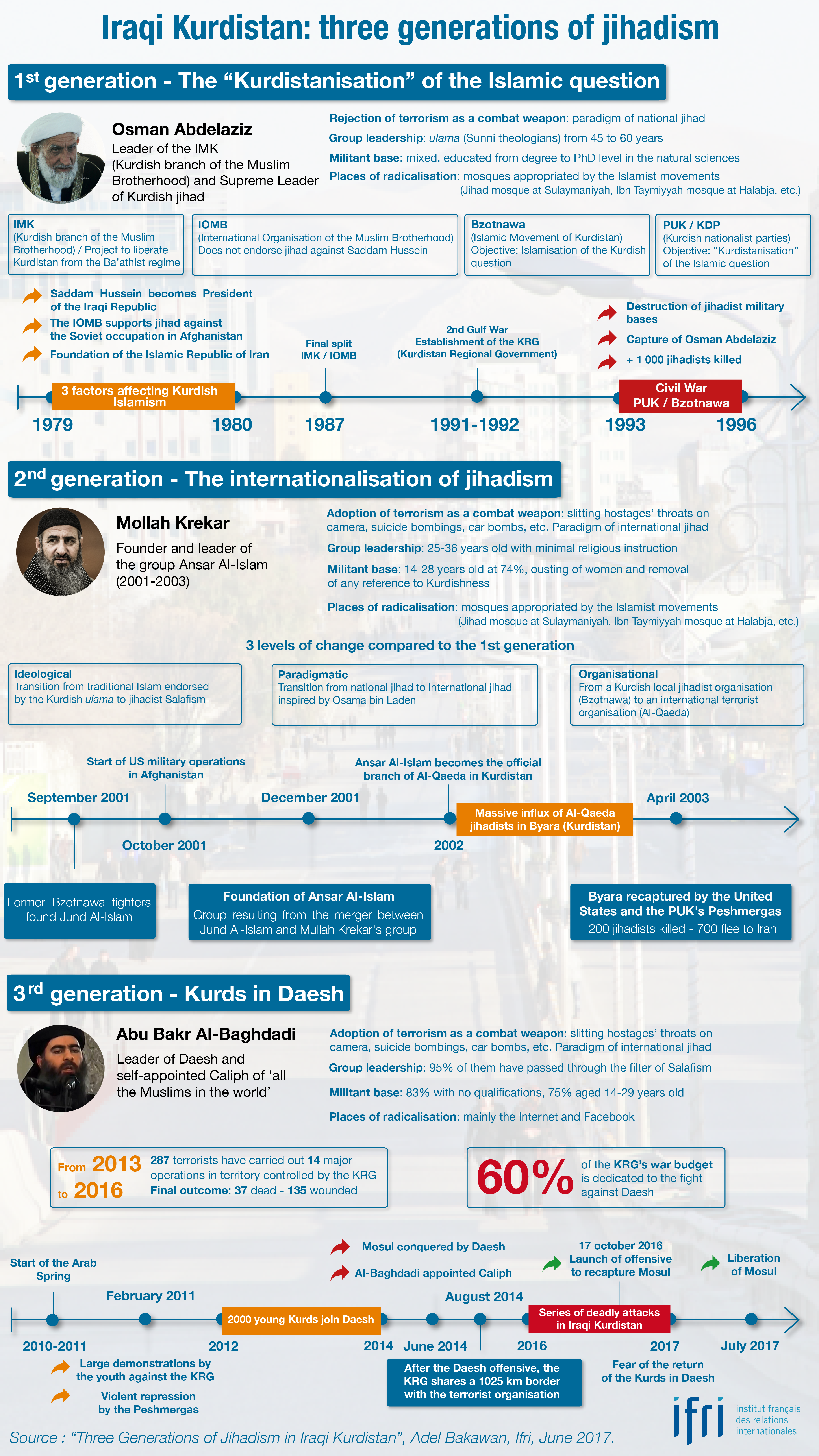 Europe in the Geopolitics of Technology: Connecting the...

Consequences of the coal phase-out on the electricity...

Electricity Decarbonization, Diversification and Security of Supply: How to Meet the 2030...

Electricity systems of the North-West area of continental Europe will go through fundamental...