The February 2021 coup encountered a level of resistance that the military did not expect: demonstrations, boycotts, and a slide toward an armed resistance against repression from the authorities. 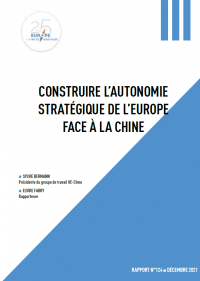 As the world’s center of gravity has shifted to Asia, the European Union must also be present in the region. In particular, it must develop its relations with Asian countries that have long been neglected to the sole benefit of China -- namely India, but above all the countries of Southeast...

For anyone who still harbored doubts, Washington made crystal clear from the announcement of the new trilateral alliance with Australia and the UK (AUKUS) that countering China is its number one priority, and that it will do whatever it takes to succeed. Much has been said about the...

China is now an undeniable heavyweight on the international scene, wielding a remarkable range of political strategies. Studying its position in the surrounding area of Southeast Asia in relation to Japan, Korea, Taiwan, and the Association of Southeast Asian Nations (ASEAN) countries, as well...

Tensions at Sea in East Asia: A Japanese View on Chinese Lawfare Practices Lettre du Centre Asie, No. 91, 21 May 2021

Tensions at sea are growing and multiplying both in the East and the South China Seas.

The New Southern Policy (NSP), the signature foreign policy initiative by President Moon Jae-in of the Republic of Korea (ROK) that was officially launched in November 2017, has opened a new chapter in Seoul’s relations with the Association of Southeast Asian Nations (ASEAN) as well as India.<...>

As a frontline zone and a pivot, Southeast Asia is both a testing ground and a showcase of China’s ambitions in developing a grand cooperative scheme. Creating mutually positive linkages is crucial for both partners, if not for the same reasons.

East Asia Security in Flux. What Regional Order Ahead? Études de l'Ifri, May 2020

In February 2020, the Ifri Center for Asian Studies and the Research Institute for Peace and Security (RIPS) held a conference on the Asian security environment.

South East Asia is an area of utmost importance for Japan’s economic, political and security interests, amounting to “a core strategic interest” for Tokyo.

Between the Lines of Questionable Battles Politique étrangère, Vol. 84, No.1, Spring 2019

This text was published in Politique étrangère in 1979, the year in which the French Institute of International Relations (Ifri) was created.

Since 1983, the QUAD gathers every year, the SWP, RAND Corporation, Chatham House and Ifri. The QUAD was set up during the Euromissile crisis and brings together European and American diplomats, military officers, journalists and research fellow to debate on current geopolitical issues.<...>

Myanmar: How worse can it get? Videoconference

Close to five months after the February 1 coup that ended Myanmar's democratic experiment and brought the military back to power, the situation in the country remains volatile with an expanding civil war, while international action remains ineffective given divisions between the West and China...

Multilateralism – broadly understood as a form of institutionalized interaction between several states to achieve agreed-upon goal(s) – is an essential tool and process of global political and economic cooperation. Ideally, the number of states involved should be as large as possible.

The COVID-19 crisis has highlighted the risks of an excessive dependence on one single economic partner.

Against an increasingly tense backdrop of geopolitical competition, a new wave of rapid technological change is likely to transform the regional landscape of East Asia.

To conclude our webinar series on "Technological Revolution and Regional Order in East Asia", we will host Audrey Tang, Digital Minister of Taiwan, to discuss the scope of...

David Pratt on The World: Darkness is descending upon Myanmar

By: Françoise NICOLAS, quoted by David Pratt in The Herald

Six weeks after a coup the military repression is escalating with human rights activists saying ‘crimes against humanity’ are likely being committed. Foreign Editor David Pratt examines a brutal crackdown by an army with form in committing atrocities 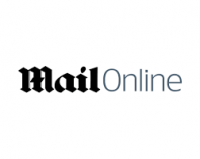 Back to 'basket case'? Myanmar economy at risk after coup

By: Françoise NICOLAS, quoted by AFP in the Daily Mail

Foreign investors flocked to Myanmar as it began its democratic transition a decade ago, but this week's military coup is likely to accelerate a trend of Western withdrawal -- and China's expansion.

Philippines' President wants to limit islamist groups' capacity after several attacks in the South of the country.

Asia: What impact of international politics and grand strategies on regional stability?

Reports have emerged that China has set up a missile launch base on Woody Island, part of an archipelago disputed with Taiwan and Vietnam. This comes just as the US President was wrapping up an ASEAN summit to strengthen ties after the recent Trans-Pacific Partnership trade deal. How will this... 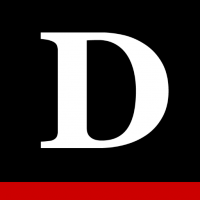 The ASEAN Community: The Reality of a Vision

By: Sophie BOISSEAU du ROCHER, , in "The Diplomat"

On December 31, 2015, ASEAN launched its long-anticipated Community with relatively little fanfare. This low-profile attitude surprised many observers: announced as a milestone and the signal of the member-states determination to bring regional cooperation “to a higher plane,” the launch was...

...
media - Ifri in the Media
Asia - Southeast Asia
Print this thematic
Back to top