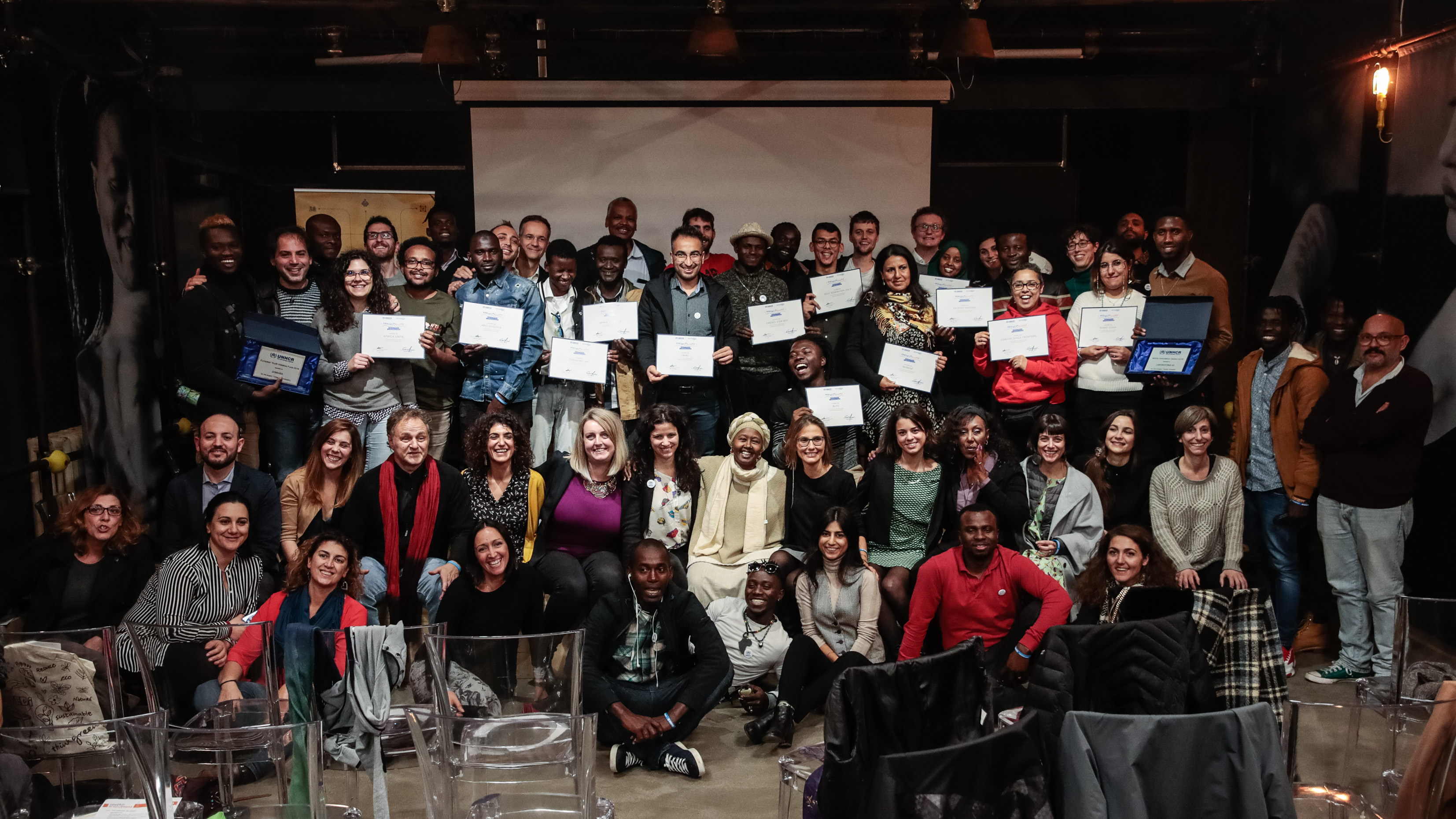 Private or community-based sponsorship of refugees programmes are public-private partnerships between governments, who facilitate legal admission for refugees, and private actors (NGOs, volunteer groups, faith-based organisations…), who provide financial, social and/or emotional support to receive and settle refugees into the community.

Sponsorship programmes entail several steps: identification and naming of refugees in a first country of asylum, transportation of refugees to the new host country, housing and support by groups of private citizens.

Sponsorship of Refugees in France: Citizen and Humanitarian Initiatives

Since 2014, the French government is issuing humanitarian visas to persecuted minorities in Iraq and to Syrian nationals. The beneficiaries are then welcome by faith-group organisations, religious communities or members of their extended families in France. Almost 15,000 individuals have been welcome in France in that framework. NGOs, such as Ordre de Malte-France, are providing social assistance to some of these refugees.

In 2017, the French government and five faith-based organisations (Sant’ Egidio, the French Protestant Federation, the Protestant Federation of Mutual Aid, the French Bishop Conference and Caritas-France) signed a protocol establishing humanitarian corridors. According to this protocol, the French government agreed to deliver humanitarian visas to 500 refugees and persons in need of international protection from Syria and Iraq in Lebanon. The five leading organisations are responsible for coordinating groups of volunteers that provide housing and support to the refugees.

Other pilot projects have emerged in France since 2015 for other persecuted groups, including LGBTI+ people.

The Observatory on Immigration and Asylum at IFRI offers a forum for exchange, cooperation and evaluation for the actors involved in sponsorship initiatives in order to develop and structure their efforts.

The Observatory will assist them to achieve the following objectives:

Private Sponsorship of Refugees in Europe

Several European countries have launched pilot projects of private sponsorship either under the Italian humanitarian corridors model either as a complementary pathway to resettlement programmes. With the support of European institutions, these projects aim at contributing to European efforts to provide more legal and safe pathways to Europe for refugees.

The Observatory on Immigration and Asylum at IFRI participates to the dialogue on the development of private sponsorship of refugees in Europe in the framework of partnerships with the SHARE network led by ICMC Europe and with European univerisities and think tanks.

Following the adoption of the Global Compact for Refugees in December 2018, the United Nations High Commissioner for Refugees (UNHCR) is supporting private sponsorship programmes as part of its strategy on complementary pathways for admission for refugees. Moreover, UNHCR and the Canadian government, together with Open Society Foundations, the Giustra Foundation and the University of Ottawa, launched the Global Refugee Sponsorship Initiative to promote this legal pathway worldwide and to support countries wishing to develop national sponsorship programmes.

The Observatory on Immigration and Asylum at IFRI aims at informing on private sponsorship in France at the international level and at creating relevant connections between French and global actors.

END_OF_DOCUMENT_TOKEN_TO_BE_REPLACED
Has the European Union risen up to the challenges of geopolitics? Europe after the Czech...