A weeks-long ordeal for asylum seekers who had been stranded at sea concluded on Friday, as the French government granted safe harbor for the Ocean Viking rescue ship in the southern city of Toulon. 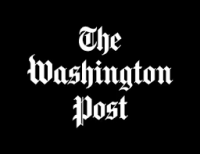 But it was not the end of the fight between French officials and Italy’s new right-wing government, which had earlier refused to let the ship anchor. And there could be bigger rifts to come as new Italian Prime Minister Giorgia Meloni follows through on campaign pledges to adopt a hard line on illegal immigration, reviving an issue the European Union has never fully resolved. The more than 230 people on the Ocean Viking, including over 50 children, were rescued by the nonprofit SOS Mediterranee in mid- to late October while trying to cross the Mediterranean in smaller vessels.

France evacuated three sick passengers by helicopter on Thursday, before French Interior Minister Gérald Darmanin said his government would make an “exceptional” decision to allow the rest to disembark and have their asylum claims assessed in France. But French officials said it was “reprehensible” for Italy to have ignored repeated requests from the ship for port access. They accused the Italian government of violating international obligations to accept boats in distress at the nearest port. And they threatened “severe consequences” for France-Italy relations — starting with the suspension of France’s participation in a redistribution plan under which it had agreed to take at least 3,000 immigrants from Italy.

On Friday, Meloni called the French reaction “incomprehensible and unjustified.” Italian governments have argued for years that their country shoulders a disproportionate burden as a gateway for immigrants trying to get to the European Union, and that other E.U. members haven’t sufficiently stepped up. Meloni appears to be willing to press the issue far more than her predecessor, centrist Mario Draghi. One of her key campaign promises calls for a European-led “naval blockade” of the Mediterranean, as well as the designation of places outside the E.U. where potential refugees and asylum seekers could be vetted without making the dangerous journey that has claimed thousands of lives in recent years.

But restricting port access is the first manifestation of her position on illegal immigration. In addition to denying the Ocean Viking, Italian authorities engaged in prolonged standoffs with three other rescue ships this month — Humanity 1, Rise Above and Geo Barents — first ignoring their distress calls, then allowing only the most vulnerable to disembark, before ultimately allowing people off. Rescue groups have threatened legal action. French President Emmanuel Macron, a centrist, is not as extreme in his position on immigration as Meloni is, but he draws a line between economic migrants and those who are truly refugees. And he is under pressure from the far right in his own country. Far-right politician Éric Zemmour described the decision to accept the Ocean Viking as a “terrible signal to smugglers” that will encourage more crossings via the Mediterranean Sea.

Marine Le Pen’s far-right party called for a special commission in the European Parliament to investigate possible links between smugglers and NGOs that rescue immigrants in distress. Officials in Paris appeared mindful of the domestic far-right criticism this week, choosing the optics of a military port as the ship’s destination, publicizing that arrivals would be interviewed by the counterterrorism security service and vowing to swiftly deport anyone who does not meet asylum or residency criteria. Two-thirds of the people on board will be transferred to other host countries. The E.U. has been unable to agree on a comprehensive plan for addressing immigration, instead putting together a fragile patchwork of rules and more informal commitments to redistribute immigrants within the 27-country bloc.

France’s earlier agreement to take at least 3,000 people from Italy was part of an effort “to provide Italy with guarantees” and to make progress on negotiations that had stalled because of resistance from Hungary and Poland, said French immigration researcher Matthieu Tardis. “Now, everything is being called into question.” The tensions also bode ill for broader Franco-Italian relations, which had blossomed under Draghi to such an extent that some hoped they would become a new centerpiece of European politics. A meeting last month between Macron and newly elected Meloni suggested that they might be able to build a solid working relationship, despite their political differences.

Both countries have a high debt burden, which has made them natural allies on many economic issues. But this week shifted “the trajectory in an almost dramatic way,” said Luigi Scazzieri, a senior research fellow at the Center for European Reform, adding that an escalation of the current disagreements could throw relations back into “the darkest phase in Italian-French relations” in recent memory.In 2019, France recalled its ambassador to Italy after a range of disagreements that included immigration, as well as an Italian deputy minister meeting with “yellow vest” protesters. While relations between Rome and Paris calmed, some analysts expect a trickier dynamic with Meloni in power, given that members of her party have long lamented what they see as disproportionate French and German control of Europe.

Rome may also become more vocal about what some are calling double standards of the French government. After years of pursuing a strategy to deter undocumented immigrants, including by dismantling their camps in Calais or sending them back to Italy, France can’t claim the moral high ground to the extent it would like to, human rights groups say. “Everyone is being hypocritical,” said Paolo Modugno, an Italy-focused researcher at the Parisian Sciences Po university. “But then again, it’s a problem that’s really, really difficult to tackle.”

Tour d’horizon résilience, industries, énergie, climat – enjeux européens pour 2023 Le...
Has the European Union risen up to the challenges of geopolitics? Europe after the Czech...