Skip to main content
You are here
Home > Germany (Cerfa)

The Study Committee on Franco-German Relations (Cerfa) was founded by an intergovernmental treaty between the Federal Republic of Germany and the French Republic in 1954. It has analyzed relations between the two countries for over 60 years. The Cerfa engages in a wide range of activities. It promotes the Franco-German debate and policy-oriented research through conferences and seminars that bring together experts, policy-makers, decision-makers and civil society representatives of both countries.

Through its successive interactive and ad hoc cooperation programs, the Cerfa promotes the emergence of a new Franco-German generation:

The Domestic Politics – Elections research axis within the Committee on Franco-German Relations at Ifri provides an analysis of the German domestic politics, its dynamics, the evolution of the party systems, and the electoral geography of the German Federal...
German-French Young Professionals Network Working on Multilateralism

Germany on the world stage

In a changing world, Germany is more than ever seen as a factor of stability in the face of increasingly numerous and frequent crises. The longevity of its political staff, the power of its economic model and the appeal of its code of values and principles are certainly not unrelated. It embodies...

The German Government's Support Plan for Households and Businesses: How to Compensate for the Double Energy and Economic Shock? Notes du Cerfa, No. 173, Ifri, December 2022

In response to Russia's illegal attack on Ukraine, EU member states have issued a series of economic sanctions against Russia. This also includes moratoria on certain products, e.g., in the energy sector.

The EU’s basic assumptions, on which it grounds its economic and trade power, are being steadily cast into doubt. The EU’s main trade partners, the US and China, increasingly set their sights on securing their supply chains, which may further a potential decoupling.

Modernization of the Bundeswehr: Back to basics? Notes du Cerfa, No. 171, Ifri, October 2022

Against the backdrop of the war in Ukraine, the Bundeswehr has been led to refocus on territorial defense and collective security, which constituted the core of its activity for decades. This evolution break with the long period of efforts during which the Bundeswehr painfully tried to...

The current geopolitical situation has disrupted the European and global order, which were both consolidated in the 1990s and have been key factors in the modern German model. The Franco-German duo is currently facing new challenges and it will have to respond appropriately in a time when the...

Germany, the “Zeitenwende” and the Future of NATO Visions franco-allemandes, No. 33, August 2022

By: Detlef PUHL
NATO has adopted a new strategic concept, which should provide guidance for the next ten years. But the Russian aggression against Ukraine on February 24, 2022, has changed everything.
Publications - Notes de l'Ifri - Visions franco-allemandes
Germany (Cerfa) - Germany on the world stage - United States - Europe

The German Industrial Power in Danger: The Double Shock of Energy Transition and Geopolitical Risk Notes du Cerfa, No. 170, July 2022

The German manufacturing industry at the heart of the German economic activity has been confronted in the past years with conjunctural shocks, which question its existence on the German territory: the energy transition which hinders it in the short term to resort to fossile energy from Germany...

Germany, despite the reluctance of its public opinion, is committed to supporting security in the Sahel, notably through its participation in the European Union Training Mission in Mali (EUTM) and recently in Niger, and in the United Nations Multidimensional Integrated Stabilization Mission in...

The French Strategy of the Saarland. A German Federal State on the Way to a Living European Multilingualism Notes du Cerfa, No. 168, March 2022

With the France Strategy, Saarland set out in 2014 to become an efficient multilingual German-French region within a generation.

The Paradigm Shift in German Security and Defence Policy After the Russian Invasion of Ukraine Allemagne d'aujourd'hui, No. 239, January-March 2022

The German government has long hesitated to take a position on the crisis between Russia and Ukraine. It has refused to question the planned commissioning of Nord Stream 2 and to supply Ukraine with weapons.

The Weimar Triangle Three Decades After Its Foundation: Review and Prospects Allemagne d'aujourd'hui, No. 239, January-March 2022

When it was founded in August 1991, the Weimar Triangle was intended as a forum for trilateral consultations between the foreign ministers of France, the Federal Republic of Germany, and Poland on the future of Europe after the end of the Cold War.

Russia’s war on Ukraine has shaken the foundations of Western foreign policy and the multilateral rules-based order. Institutions built to preserve this order – like NATO, the G7, and the EU – have had to rethink their threat assessments and postures. France, Germany, Italy, and the UK have...

How to Implement the “Zeitenwende” in the Field of Defense? Ifri Conferences

Following the Russian invasion of Ukraine, Chancellor Scholz announced a “Zeitenwende” (turning point), whose main goal is to adapt the German foreign and security policy to the new geostrategic context.

What is the Liberal Agenda of the "Traffic Light" Coalition? Franco-German Perspectives Visioconférence

The end of Angela Merkel's term of office marks the beginning of a new political era in Germany. Known for its stability and the longevity of its leaders, German politics will now be dominated by three parties in a so-called "Traffic Light" coalition comprising the Social Democratic Party (SPD...

This conference is intended to discuss the paper “The Dilemma of Middle Powers – How AUKUS Has Reshaped the Potential for E3 Cooperation in the Indo-Pacific“ and to...

How did the coronavirus crisis accelerate the restructuration of global value chains? Webinar

There is "no strategic autonomy without digital sovereignty", declared Charles Michel, President of the Council of the European Union in February 2021. In this logic, the European Commission calls for a more autonomous Europe in security-related areas such as digital policy and data...

The Africa policies of France and Germany

As demonstrated by the current negotiations over the new European Africa strategy, 2020 is a milestone for the relationship between the two continents.

As France and Germany celebrate the 60th anniversary of the Elysee Treaty, there's mounting pressure for the two countries to revamp their cooperation and leadership within the EU. 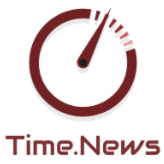 At the Sorbonne, Macron and Scholz pass the remedial oral

From the cupola of the great amphitheater of the Sorbonne, the five large medallions in monochrome representing the sciences, letters, law, medicine and theology will judge the event. Sunday January 22, in the morning, in one of the oldest universities on the continent (founded in 1253), the...

By: Marie KRPATA , quoted by Angelique Chrisafis in The Guardian

Two leaders under pressure to repair relations after rifts over defence, energy and China. The French president, Emmanuel Macron, hosted the German chancellor, Olaf Scholz, for lunch on Wednesday as they sought to iron out significant differences on energy and defence that have weakened...

By: Paul MAURICE, quoted by Gaja Pellegrini-Bettoli in The National Interest

If the decision to replace the engine for the F-35A is implemented, countries flying F-35s will find themselves forced into unforeseen and overly complicated supply chains.

F-35: Why Germany is opting for the US-made stealth fighter jet

By: Paul MAURICE, quoted by Peter Hille in Deutsche Welle

Germany wants to upgrade its military with the world's most modern fighter jet. The order is worth billions. But is it a good fit?

The first meeting between French President Emmanuel Macron and German Chancellor Olaf Scholz occurred on Friday, December 10, 2021, in Paris. An important visit for both Germany and France and an opportunity to relaunch the Franco-German couple since Angela Merkel’s departure from the German...