Skip to main content
You are here
Home > Japan

As the international system undergoes a major overhaul, Japan is emerging as one pillar of the multilateral rules-based order. Despite being often perceived as a declining country, it remains the world's third largest economy and, as a member of the RCEP, CP-TPP and the Japan-EU Economic Partnership Agreement, plays a key role in trade liberalization and norms shaping. In recent years, Tokyo has also demonstrated a proactive diplomacy, especially in the Indo-Pacific area where it is one of the core stakeholders. In this regard, Japan has become a major partner for Europe and for France.

Through its research activities, Ifri's Center for Asian Studies aims to provide a better understanding of Japan's action in the world and to foster the dialogue and cooperation between France and Japan.

In the current tumultuous geopolitical setting, Tokyo may have a very specific, stabilizing role to play.

Addressing remotely the 8th Japan-Africa TICAD Summit held in Tunis between August 27th and 28th, Japanese Prime Minister Fumio Kishida pledged $30 billion in public and private contributions to the African continent over the course of the next three years. This is a quite a remarkable...

Japan steps up its Africa engagement East Asia Forum, May 2022

Laying the foundation for the Eighth Tokyo International Conference on African Development (TICAD), Japanese Foreign Minister Yoshimasa Hayashi held talks on 28 March 2022 with ministers from 50 African nations. Hayashi expressed concerns that the COVID-19 pandemic and the war in Ukraine had...

Rapprochement in Times of Crisis: War in Ukraine and the EU-Japan Partnership CDCS Policy Brief, No. 9, Brussels School of Governance, 11 May 2022

The war in Ukraine has shaken the foundations of European security and of the global rules-based order. In many ways, Russia’s aggression has been a wake-up call for the EU, adding a sense of urgency to its ongoing transformation to becoming a stronger geopolitical actor, materialised by the...

The war in Ukraine has led to a major rift between Japan and Russia.

Developments in Japan’s Defense Strategies and Readiness: Is the Glass Half Full or Half Empty? Asie.Visions, No. 124, October 2021

On December 18, 2018, the Japanese government issued its latest National Defense Program Guidelines (NDPG), marking another step in Japan’s defense planning and the readiness of the Japan Self-Defense Force (JSDF).

For anyone who still harbored doubts, Washington made crystal clear from the announcement of the new trilateral alliance with Australia and the UK (AUKUS) that countering China is its number one priority, and that it will do whatever it takes to succeed. Much has been said about the...

The announcement of the new AUKUS alliance between Australia, the UK and the U.S. came as a shock for France. 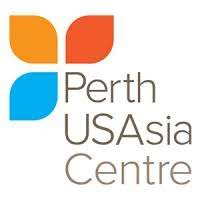 In May 2018, French President Emmanuel Macron delivered a speech at the Garden Island Naval Base in Sydney, Australia, where he outlined a French strategy for the Indo-Pacific. With this speech, France formally positioned itself as an ‘Indo-Pacific power’ and became the first European country...

The Indo-Pacific mega-region is home to the world’s most fluid, complex, and dangerous security environment. Lingering traditional security flashpoints (Taiwan Strait, North Korea, territorial disputes) are exacerbated by the rise of China and the US–China great power competition.

Is the UN Security Council still relevant? France and Japan's views on the future of multilateralism Webinaire

The war in Ukraine exemplified the limitations of the UN Security Council (UNSC), as this key institution was not able to efficiently act for the maintenance of international peace and security.

After TICAD 8 - COVID, war in Ukraine and the cooperation with Africa: Views from Japan and France Webinar

Critical minerals: How to secure stable and resilient supply chains? Views from Europe and Japan Webinar

The war in Ukraine has highlighted once again the importance that stable supplies of critical raw materials play in building resilient supply chains.

How the war in Ukraine affects strategic foresight? Visions from France and Japan

The Russian aggression in Ukraine took most experts and policymakers by surprise and raised questions about the methodology of strategic planning and foresight.

Strategic autonomy and industrial policy: Perspectives from France, the EU and Japan

Building up a more sovereign Europe is one of the three main ambitions for the French Presidency of the EU.

The CPTPP and UK’s accession: What global implications?

The UK is the first State which formally applied to join the CPTPP. Its bid was accepted in early June.

How Strong is the Taiwan-US-Japan Triangle? Visioconférence

The United States is the linchpin of Taiwan’s security. Under Donald Trump’s presidency, as tensions with the People’s Republic of China grew, the US increasingly took steps to signal ever more clearly its commitment to supporting and defending Taiwan, a trend that seems to have continued...

By: Céline PAJON, cited by Maria Siow for the South China Morning Post

Japan has been investing in the continent for longer than China and applies international standards to its infrastructure financing, analysts said. Its pockets may not be as deep, but its support of good governance and democratic principles makes it a tempting development partner for...

Japan resumes its wooing of Africa, a counter to China’s efforts

By: Céline PAJON, quoted by Jevans Nyabiage in the South China Morning Post

Japan, which began developmental programmes in the 1990s, has been eclipsed in recent years by China, now Africa’s leading trade partner.Pledge to invest US$30 billion on the continent includes a focus on training Africans to run their economy.

After support for Ukraine, Kishida aims for NATO unity on China

By: Céline PAJON, cited by Jesse Johnson for the Japan Times

When Prime Minister Fumio Kishida becomes the first Japanese leader to attend a NATO leaders summit on Wednesday, he’ll be looking to stress the need for unity in preventing China from taking the “wrong lessons” from the Ukraine war as the bloc looks to expand its footprint in the Indo-Pacific...

media - Ifri in the Media
Security and Defense - Asia - Japan

Video: How Strong is the Taiwan-US-Japan Triangle?

The United States is the linchpin of Taiwan’s security. Under Donald Trump’s presidency, as tensions with the People’s Republic of China grew, the US increasingly took steps to signal...

As Europe's interest in the Indo-Pacific grows, is Japan ready to lead the way?

By: Céline PAJON, quoted by Satoshi Sugiyama in the Japan Times

Alarmed by China’s rising power, its frictions with neighboring countries in the East and South China seas, allegations of human rights abuses in the Xinjiang region and crackdowns in Hong Kong, European countries are seeking to step up their involvement in the Indo-Pacific region.

The COVID-19 pandemics has highlighted the...

Digitalization in the (post) COVID World: Views from Japan and Europe

The COVID-19 crisis has highlighted the importance of accelerating the digital transformation of both the industry and the society.

The Biden Administration: What Consequences for Allies? Views from Japan and France

The US allies greeted the election of Joe Biden with relief, but also with expectations.

media - ifri videos
Japan
Print this thematic
Back to top