Comparing Perceptions of Asia and Europe 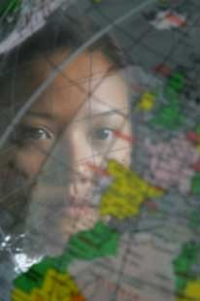 Presented by the Asia-Europe Foundation (ASEF) and
the French Institute of International Relations (Ifri),
the event will also feature an official launch of the publication:

Asia in the Eyes of Europe - Images of a Rising Giant

“The EU through the Eyes of the Asia-Pacific - Post-Lisbon Perceptions of the EU”
Prof. Martin Holland - National Centre for Research on Europe (NCRE)

“Asia in the Eyes of France - Between Opportunity and Anxiety”
Mr. John Seaman, Research Fellow, Center for Asian Studies, Ifri

Comparing Perceptions of Asia and Europe

A briefing on the results of the “EU through the Eyes of Asia” & “Asia in the Eyes of Europe” research projects Presented by the Asia-Europe Foundation (ASEF) and the French...
Les champs accompagnés d'une astérique (*) sont requis.