Freedom and Fear in Myanmar The challenges of political reform 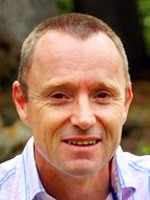 Seminar with Ian Holliday, Professor, Department of Politics and Public Administration, The University of Hong Kong

Discussant: Sophie Boisseau du Rocher, lecturer at Sciences Po Paris, associate researcher with the IRASEC in Bangkok and ISEAS in Singapour, and an independent consultant specializing in Southeast Asian affairs

In “Freedom from Fear”, published in 1991, Aung San Suu Kyi made a passionate plea for her country and its people to be liberated from tyranny. Two decades on, in 2011, Myanmar"s long-standing military junta finally did give way to a nominally civilian government, and soon thereafter the terrain of liberal freedom unquestionably expanded. Yet today there is still fear in Myanmar. Partly, it is vertical: ongoing fear of the state and its agents. Partly, it is horizontal: resurgent fear of society and the institutions, associations and identities that constitute it. Partly, it is in some sense inbred: deep-seated fear as a habit of mind after decades of dictatorship. The talk will consider how Myanmar"s unfolding reform process is extending freedom across the land, and at the same time how it might address prevalent fear. Drawing chiefly on Judith N. Shklar"s liberalism of fear, Jacob T. Levy"s multiculturalism of fear and Václav Havel"s writings on hope and fear, it will examine the policy implications of a political agenda premised above all on freedom from fear in Myanmar. It will contrast this agenda with two competing approaches driven by promotion of human rights, and pursuit of economic development.

Ian Holliday"s research focuses on political reform in Myanmar. His most recent book is Burma Redux: Global Justice and the Quest for Political Reform in Myanmar (New York: Columbia University Press, 2011). His classroom teaching addresses dilemmas of humanitarian intervention. Each year he also takes around 60 students to Cambodia, Myanmar and Thailand to deliver intensive English language training in marginalized and impoverished communities. He was educated as an undergraduate student at the University of Cambridge, and as a graduate student at the University of Oxford. From 2006 to 2011, he was Dean of Social Sciences at the University of Hong Kong.

Freedom and Fear in Myanmar