The rise of China and the responses formulated by its neighbors are key elements shaping the security environment in East Asia. China’s growing “assertiveness” since 2008, particularly in maritime East Asia, seems to have been further strengthened under the leadership of President Xi Jinping. Meanwhile, China’s relations with a number of neighbors, in particular Japan, Vietnam and the Philippines, have sharply deteriorated. On the Japanese side, Prime Minister Shinzo Abe has repeatedly called for his country to take a "greater and more proactive role" in security matters in the region. Following Abe’s election win in December 2014, in which his Liberal Democratic Party and its junior coalition partner Komeito have retained their two-thirds majority in the Lower House, the Prime Minister has restated his party’s goal of reviewing the country’s pacifist constitution in order to expand the role of Japan’s Self-Defense Forces. Such actions will be carefully watched by other countries in the region, in particular China and South Korea, especially with the added symbolism that the year 2015 carries, marking the 70th anniversary of the end of World War II.

Yasuhiro Matsuda will weigh in on Sino-Japanese relations and the implications of China’s rise for security in East Asia, ultimately identifying a number of the implications for European nations. Dr. Matsuda is a professor of international politics at the University of Tokyo’s Institute for Advanced Studies on Asia, which he joined in 2008. He received his Ph.D. in law from Graduate School of Law at Keio University and spent sixteen years in the National Institute for Defense Studies (NIDS) of the Japan Defense Agency (later, Ministry of Defense), as an assistant and a senior research fellow. He specializes in the political and diplomatic history of Asia, politics and foreign relations in the PRC and Taiwan, Cross-Strait relations, and Japan’s foreign and security policies. He was a member of the Council on Security and Defense Capability in the New Era, the advisory group of the Prime Minister in 2010 and was the winner of the seventh Yasuhiro Nakasone Award of Excellence in 2011. 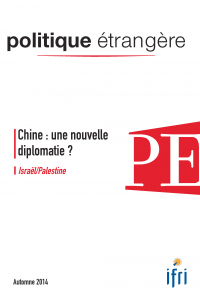 The Rise of China and East Asia’s Security