Using official documents, government pronouncements and academic studies, including historical documents and maps, the lecture will assess the merits of the nine-dash line. Taking into account the United Nations Convention on the Law of the Sea (UNCLOS) and customary international law, the lecture will also discuss policy considerations relevant to the conflicting claims and the current arbitration case.

Justice Carpio was a member of the Board of Regents of the University of the Philippines from 1993 to 1998. He was a member of the Technology Transfer Board of the Department of Industry from 1978 to 1979. He served as Special Representative of the Department of Trade for textile negotiations from 1980 to 1981. He was elected President of the Integrated Bar of the Philippines, Pasay-Makati Chapter (1985-1986), Director of the U.P. Law Alumni Association (1984-1989), and Director of the Philippine Bar Association (1989-1990).

For his "distinguished and exemplary service" to the Republic, Justice Carpio was awarded in 1998 the Presidential Medal of Merit by then President Fidel Ramos. In 1991, Justice Carpio received the Outstanding Achievement Award in Law from the Ateneo de Manila Alumni Association. In 2002, he was also the recipient of the Distinguished Alumnus Award from the Ateneo de Davao Alumni Association.  In 2009, he was conferred a Doctorate of Laws, honoris causa, by the Ateneo de Davao University.

Please find the presentation of Justice CARPIO below. 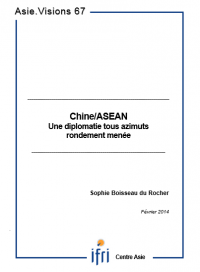